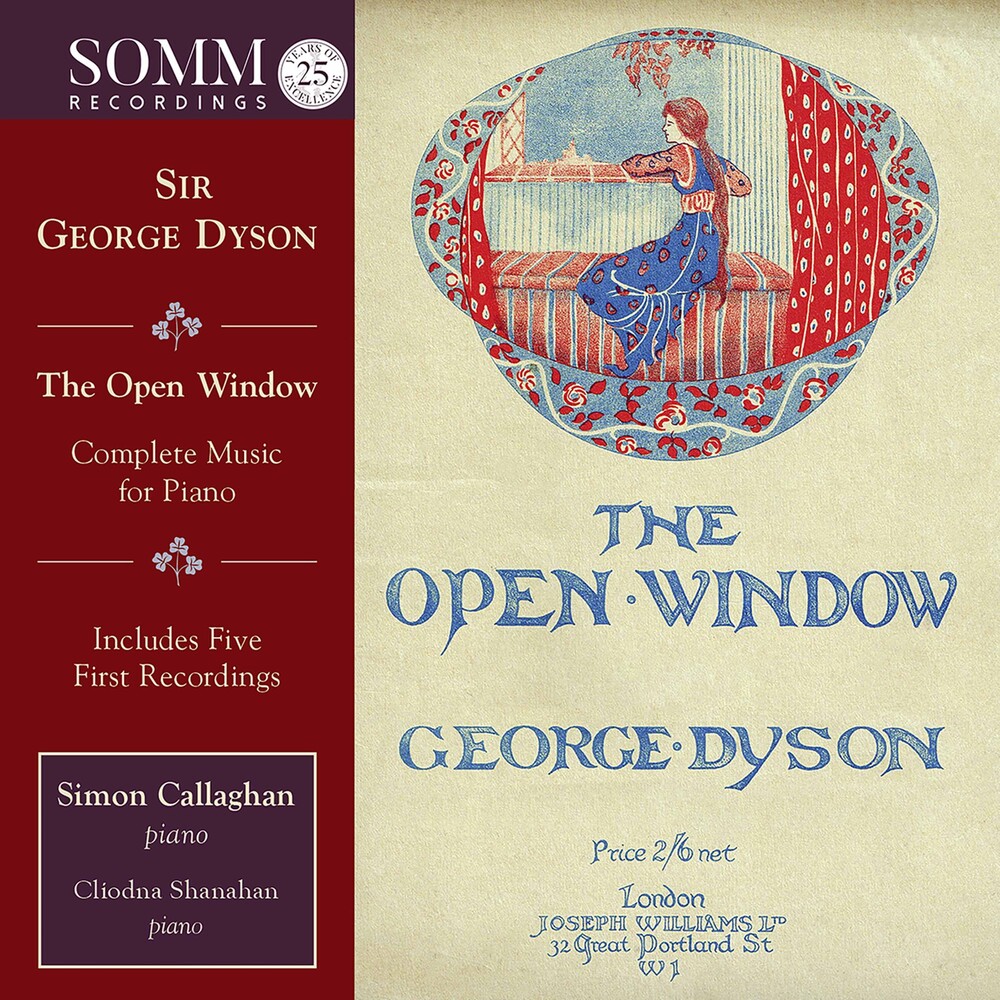 SOMM Recordings announces the first complete survey on album of George Dyson's music for solo piano including five premiere recordings performed by Simon Callaghan in a specially priced two-album set. Callaghan is joined by Clíodna Shanahan for the first recording of the two-piano version of Concerto Leggiero, a mature work originally composed for piano and string orchestra. Almost classical in it's sense of economy, the two-piano arrangement boasts a remarkable lyricism. Born in Halifax in 1833, Dyson studied with Stanford and Parry before becoming one of the most prominent British composers and distinguished teachers of his generation. Best known for his choral work, his piano music spans his career. Heard in it's entirety, it provides valuable new insights into his development as a composer. Other first recordings include the seven-year-old Dyson's first work for piano, Untitled Piano Piece, the exam board commission for young pianists, Twelve Easy Pieces, and The Open Window and Six Lyrics, character pieces designed to help develop technique and musical imagination in young pianists. Among other works included are the Debussy-accented Primrose Mount, the dazzling set of fugues Bach's Birthday and so-called War Epigrams, inspired by Dyson's experiences on the Western Front before being invalided home. Dyson biographer Paul Spicer provides the authoritative booklet notes. Simon Callaghan's recent SOMM releases include British Violin Sonatas with Clare Howick, and a survey of Roger Sacheverell Coke's piano music, of which MusicWeb International said: "The commanding and virtuosic musicianship of Simon Callaghan allows this quirkily individual music to register with maximum effect - a fascinating and compelling album". Making her debut on SOMM, Clíodna Shanahan has a busy performing and recording schedule for TV, radio, symphony and chamber concerts. A pianist and organist, she also records film soundtracks, most notably Howard Shore's The Hobbit.