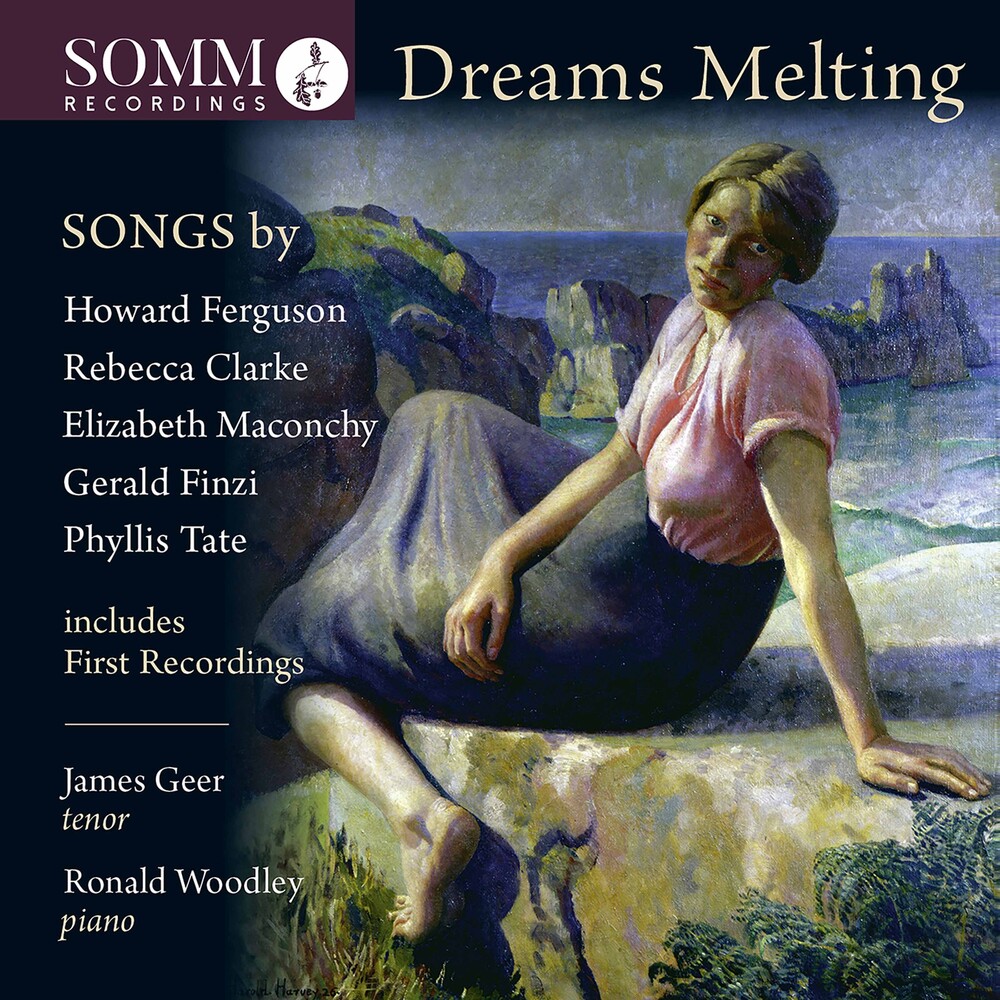 SOMM RECORDINGS is pleased to announce Dreams Melting, a revealing survey of British songs from the early 20th century by tenor James Geer and pianist Ronald Woodley. At the recital's heart are two substantial cycles. Setting seven poems by Thomas Hardy, Gerald Finzi's Till Earth Outwears provides an intimate and movingly melancholic commentary in what Ronald Woodley describes in his extensive and informative booklet notes as a "male perspective on life, love and loss". Rarely recorded, Howard Ferguson's five-part treatment of Denton Welch's poems, Discovery, typifies "the subtlety of the relationship between late romanticism, modernism and the inherited idioms of 'Britishness' that composers of Ferguson's generation inevitably grew up with". It's second song, 'Dreams Melting', provides the recital's title. Three songs make their first appearance on disc. Elizabeth Maconchy's setting of John Donne's passionate but tortured A Hymn to God the Father boasts a searching vocal line underpinned by tellingly interrogative piano. Phyllis Tate's The Falcon is a sparse but powerful setting of an anonymous medieval text while her variegated treatment of William Blake's poem Cradle Song is reminiscent of a Bartók folksong arrangement. Also heard are Maconchy's Four Shakespeare Songs and settings of Ben Jonson's Have You Seen but a Bright Lily Grow? and Robert Herrick's A Meditation for his Mistress, alongside six varied and vital songs by Rebecca Clarke, including The Seal Man, "one of her most soaring flights of imagination", and Tate's Epitaph, in which her "quietly understated writing is masterly".