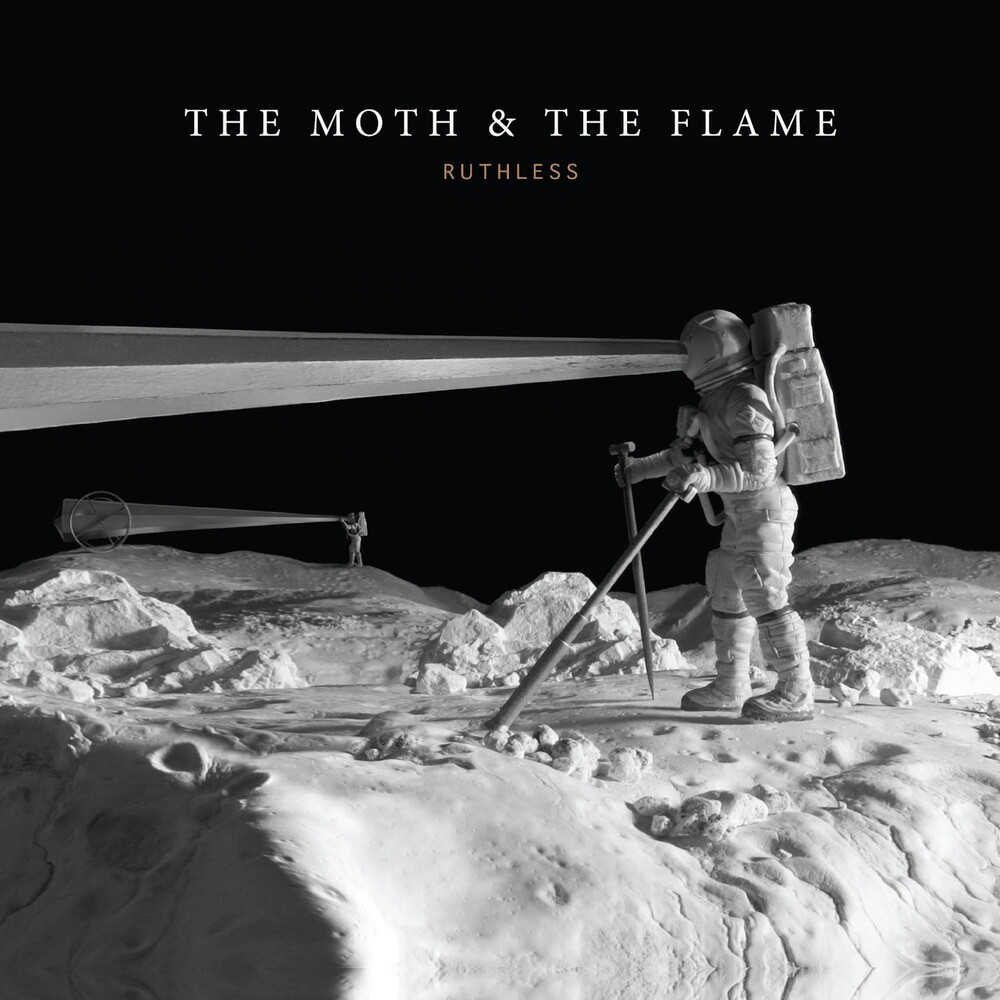 Ruthless
Artist: The Moth & The Flame
Format: CD
New: Not in Stock
Wish

Produced by Grammy award winner Peter Katis (Interpol, The National, Middle Kids) and Grammy nominated Nate Pyfer (Kaskade), Ruthless follows the Los Angeles, CA by way of Provo, UT band's 2016 release Young & Unafraid, which The Guardian hailed as "rock that is dour yet dazzling... lush, layered, and often complex." Ruthless marks The Moth & the Flame's return from a year-long hiatus after lead singer Brandon Robbins donated his kidney to Corey Fox (an early booster of the band, and owner of the venue Velour in Provo, UT). With songwriting as his outlet during recovery, Robbins along with bandmates Mark Garbett and Andrew Tolman, hoped to shed the realities of anxiety and depression through their new album. "There are some really dark and uncomfortable moments contrasted with breakthroughs of clarity, beauty and hope," Robbins shares. "It's something we feel really strongly about, especially with how prevalent depression is today."