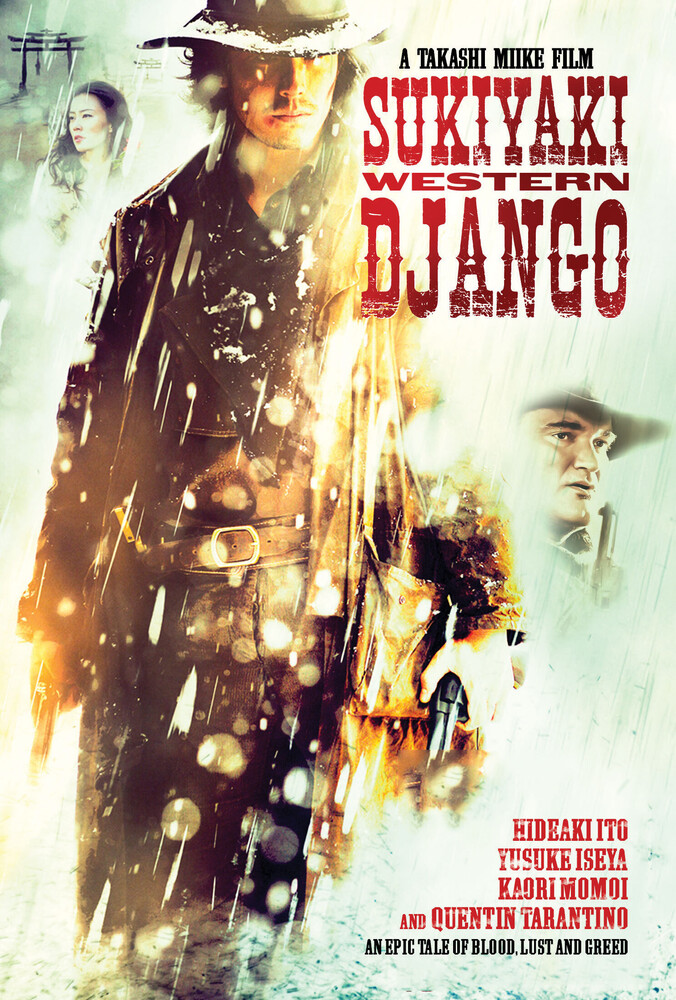 Famed Japanese auteur Takashi Miike, best known for cult classics "Audition", "Ichi the Killer" and "The City of Lost Souls", redefines the spaghetti Western with SUKIYAKI WESTERN DJANGO, an epic tale of blood, lust and greed starring Hideaki Ito, Yusuke Iseya, Kaori Momoi and Quentin Tarantino. Two clans battle for a legendary treasure hidden in a desolate mountain town. One day, a lone gunman, burdened with deep emotional scars but blessed with incredible shooting skills, drifts into town. Two clans try to woo the lone gunman to their sides, but he has ulterior motives. Dirty tricks, betrayal, desire and love collide as the situation erupts into a final, explosive showdown.