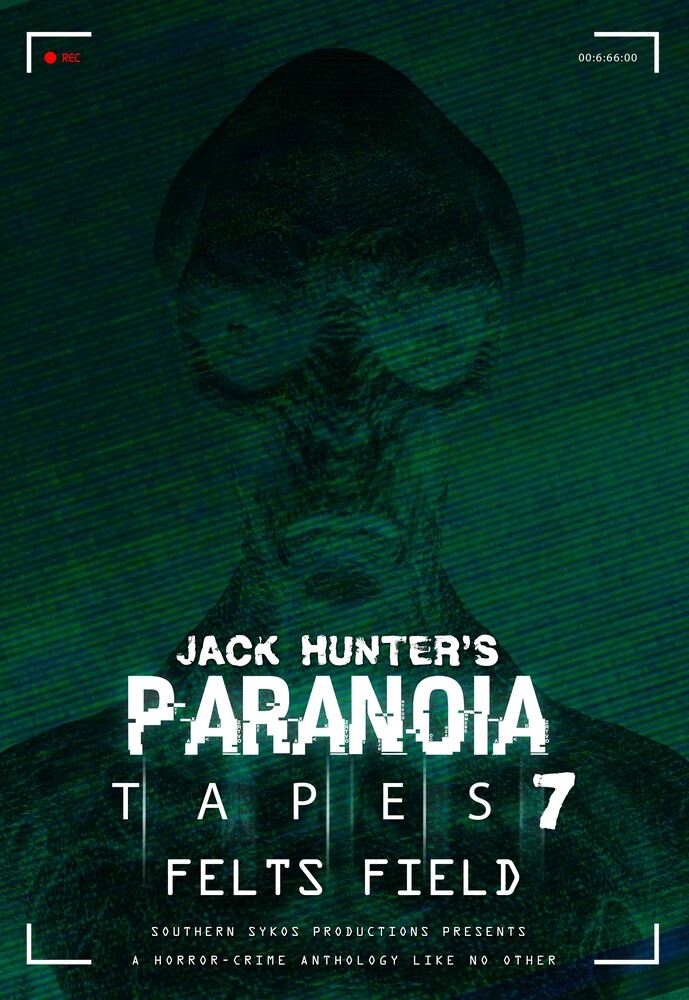 The Southern Sykos are back with the seventh installment in their Paranoia Tapes film saga! Jack Hunter's Paranoia Tapes 7: FELTS FIELD is a sci-fi film which tells the chilling story of a teenage boy and his obsession with UFOLOGY. When he and his younger brother encounter strange lights in the sky, the real terror takes place when he and his family and friends become targeted by possible supernatural beings. Experience the ORIGINAL UNCUT film as directed by Jorden Pasols (Hoover). With a hint of time travel, this is one feature you don't want to miss! Also, this footage is found by a follower of their supreme ruler, Henry. He goes by the name of "Fielder"(Jack Hunter). Fielder brings the tapes of the incident straight to you for your viewing pleasure. This is a real treat and insertion for the Paranoia Tapes film franchise. Get ready... get woke... and become... HENRY!