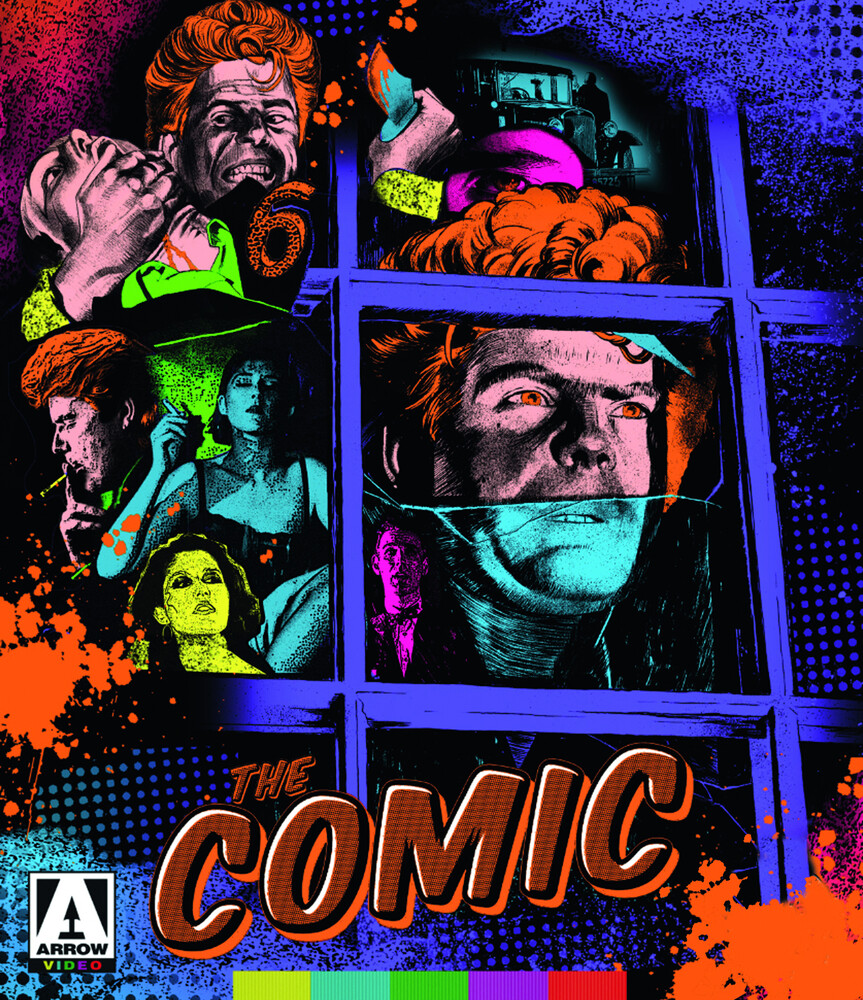 The Comic
Format: Blu-Ray
New: Not in Stock
Wish

Stand-up comedy can be a cut-throat business, but in Sam Coex's world, it's downright murder... From the annals of bizarre cinema comes perhaps the most bizarre one of them all - 1985's The Comic! In a dystopian police state reality of indeterminate time and place, orange bouffant-haired comedian Sam Coex is eager for his big break. Realizing that desperate times call for even more desperate measures, he slits the throat of his rival Joey Myers, leaving the way clear for him to carve his own niche on the comedy circuit. But success can be a fickle and fleeting mistress, and Sam soon finds his career on a downward turn when he falls foul of the powers that be. Filled with more dry ice and lighting gels than an '80s stadium rock concert, The Comic is a barmy, baffling and beguiling cinematic oddity shot on 35mm film in an alternate dimension. If you ever wanted to know the answer to the eternal conundrum "How does Pinocchio make love?" then this is the one for you