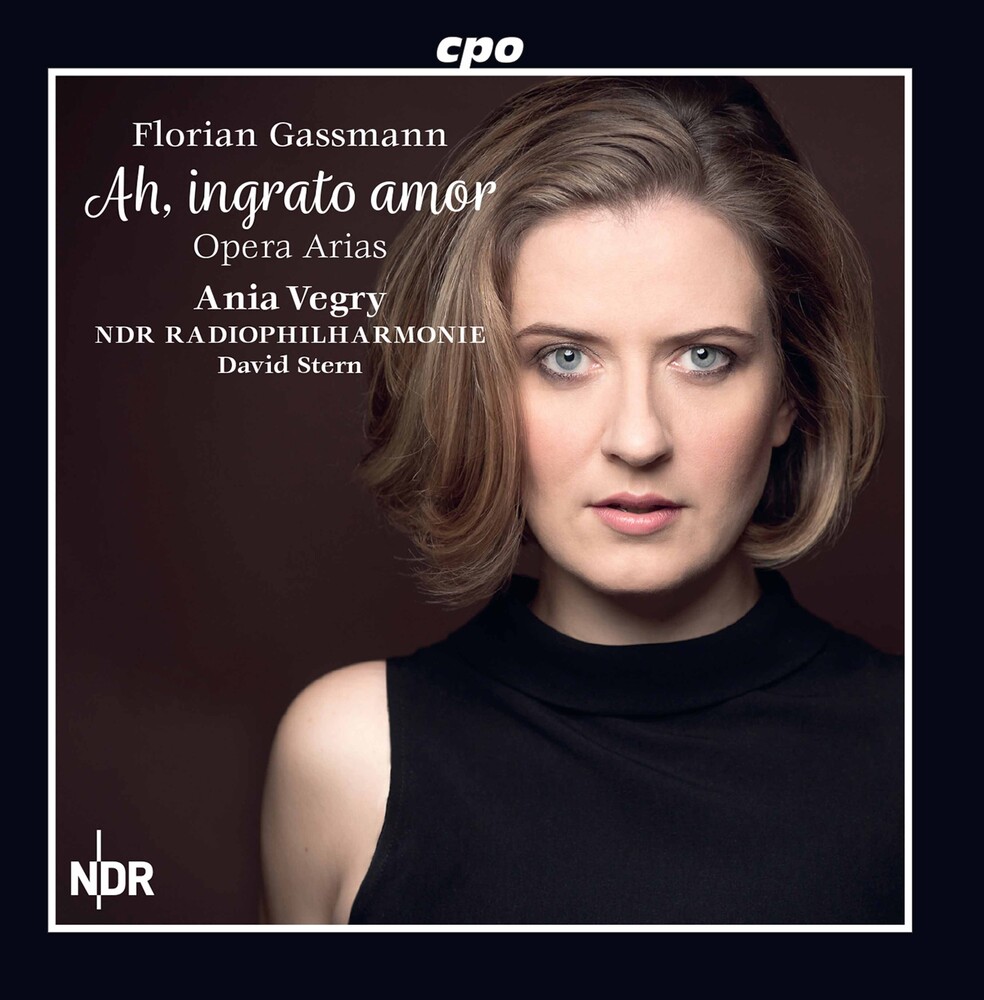 The soprano Ania Vegry, the recipient of many prizes, was nominated by Opernwelt as the Young Artist of the Year in 2009 and has been an ensemble member at the State Opera of Lower Saxony in Hanover since 2007. The Online Musik Magazin certifies that "her soprano voice, most highly fluent in the coloraturas, possesses warmth and substance, expressive power, and flawless intonation" - which makes her the ideal choice for the rich affections of the arias of Florian Leopold Gassmann, an Austrian composer on the cusp between the Baroque and Early Classicism. After two years of study with Giovanni Battista Martini, Gassmann became an organist in Venice. In 1757 he composed his first opera, and through 1762 he composed an opera every year for the Carnival season In Venice. The musical settings heard on this recording include arias belonging to the genre of the opera seria, the Italian-language serious opera of the eighteenth century. Others are exit arias in da capo form and typical of the genre: after the action - designed as a recitative in the music during the course of a singer's time on stage - has advanced, one of the protagonists expresses his state of heart and mind in an aria before he exits from the stage. The da capo form (A-B-A) underscores the fact that dramaturgically the static unity of the affection to be expressed occupies the foreground. In his later vocal works Gassmann goes much farther in his elaboration of textual nuances, so that the works have the effect of vocal arias for an opera buffa. The text is bursting with emotional excitement, which Gassmann sets in a relaxed tone and with long coloraturas composed with fine art.