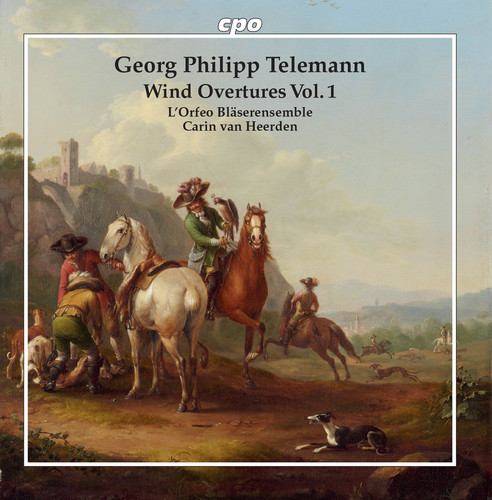 Georg Philipp Telemann's extant works for wind ensemble take us into the unique region between military music, hunting music, and court table music. However, these ensembles were active not only at the courts as part of the military staff but also influenced middle-class life in the towns through the garrisons stationed in them. Telemann was familiar with these ensembles both in the court and civic spheres, and about twenty works survive today in the characteristic wind instrumentation with woodwind instruments and a pair of horns, ten quintets of more than one movement, ten marches, and a wind version of the so-called Alter Overture TWV 55: F11. This album presents five Quintets for Two Oboes (or oboi d'amore), Two Horns, and Bassoon (thoroughbass) - interpreted by the L'Orfeo Baroque Ensemble, which was established in 2009 with members from the L'Orfeo Baroque Orchestra in order to apply the orchestra's approach to the orchestral literature in the genuine dimensions of a chamber ensemble.