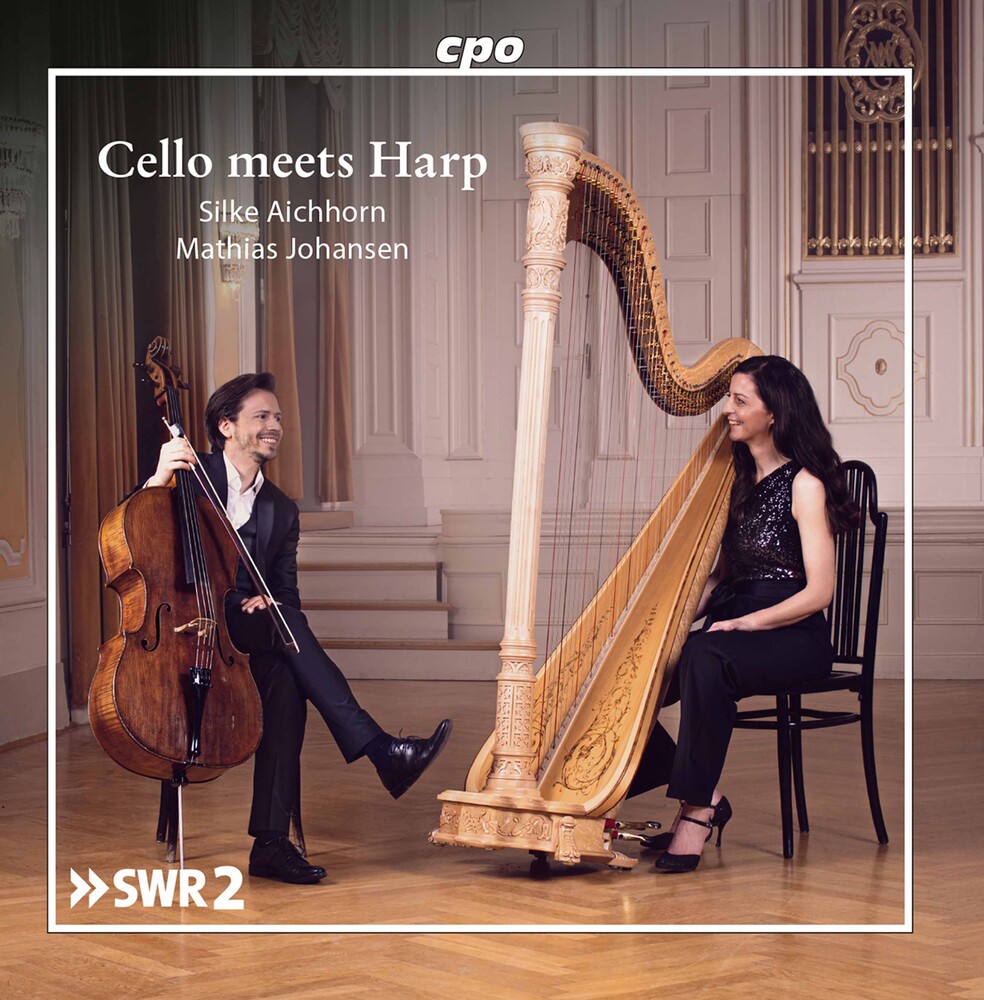 Rare but Irresistible: Cello Meets Harp Singing melodies of the cello borne by the silvery splendor of the harp's tonal cascades - Mathias Johansen and Silke Aichhorn formed their duo in 2018 in order to revive the rarely performed literature for these two instruments. It is not clear why there are so few original compositions for this duo form. In the nineteenth century the tradition was for the harp to accompany virtuoso violinists. In his time Frederick the Great of Prussia employed a harpist to accompany his own flute solos and the violin sonatas of his violinists Benda and Graun. Prior to the French Revolution this combination was very much in vogue in the distinguished residences of the Parisian nobility, and then, in the early nineteenth century, it found it's place on the German concert stage with the musical husband and wife Louis and Dorette Spohr. The combination of soft, bowed tones on the violin or the cello with sparkling runs on the harp is tonally irresistible - as Silke Aichhorn and Mathias Johansen demonstrate on their first joint album. The program includes original works as well as familiar classics and hidden treasures for orchestra or other combinations of instruments - all masterfully presented by the two musicians. The result is a unique sound space, full of romantic feeling, power, and emotion, in which listeners will experience new fascination on each new hearing.