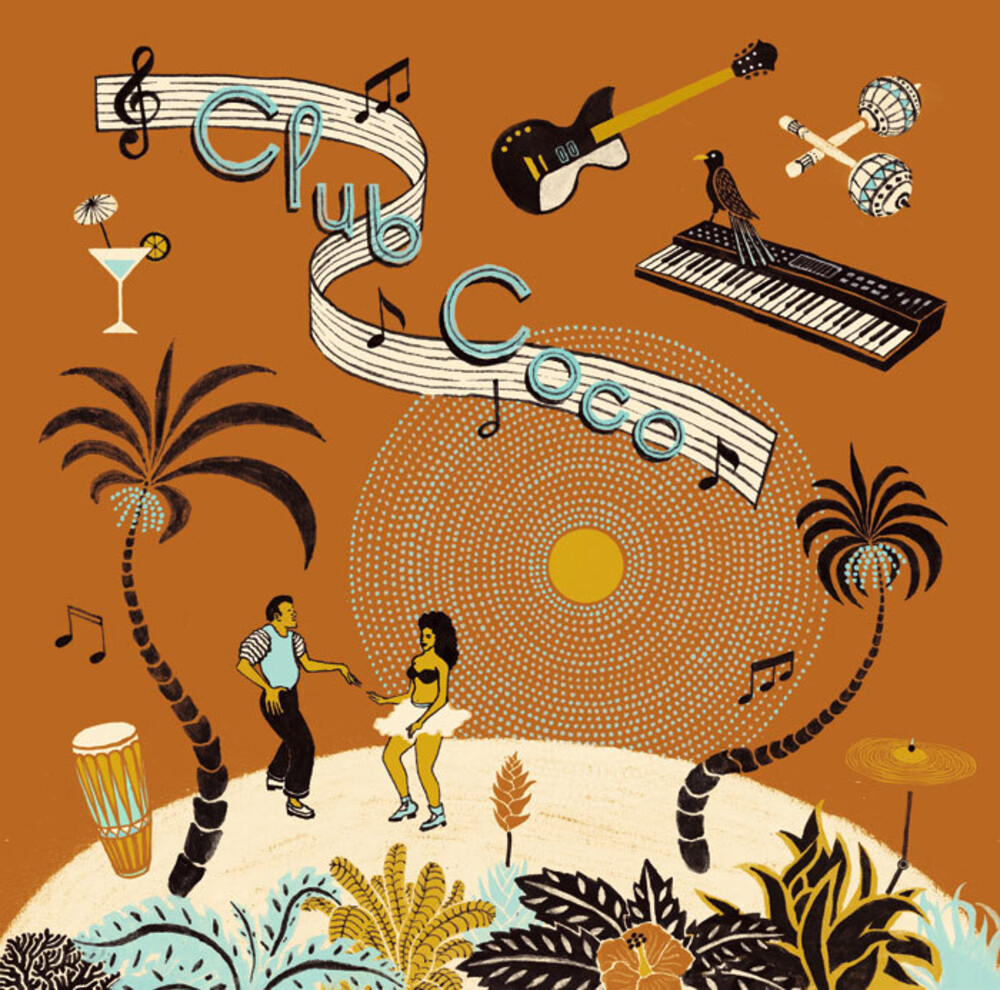 Bongo Joe presents "Club Coco", a summery outernational latin and afro rooted music compilation curated by Coco Mari'a. An attempt to give back something to music lovers around the world and print on an object a piece of the essence of the community that has been gathering around her weekly radio show at Worldwide FM. In many ways Coco Mari'a is like a music detecting sunflower. Just naturally she is turning her ears into the direction from where happily vibrating music from all around the world is emerging. She is a DJ and radio host whose musical selection transmits the energy of the Caribbean, Brazil and the rest of Latin America through records full of samba, jazz, charanga and cumbia, whilst embracing an internationalist vibe that can also include the most eclectic influences. Besides a great music taste and charming personality, her magic behind the decks comes from the fact that when you listen to her selection it is immediately obvious that she is thrilled to share with other people those amazing songs she finds digging through record shops and all other kinds of quirky places. Meanwhile, her unpretentious and intimate way to speak makes her radio audience feel as if they aren't listening to a show being broadcasted worldwide, but instead are seating within the intimacy of her living room, sipping up on a coffee and sharing the moment with a small group of friends. Coco Mari'a was starting to extend her musical endeavours beyond her DJ and Radio Sets by throwing a series of parties called "Club Coco" at Berlin's "Sameheads" venue. Her intention is to allow a place where both the music fans and artists that converge on her shows, could also have a physical space to enjoy this music. Her weekly spot on Worldwide FM is becoming a vibrant communal space where Coco's followers are getting their weekly dose of her sometimes sweet, sometimes hard-grooving, but always positive and affirmative music selection. This is where "Club Coco", the album that you are about to listen to, comes into action. This LP gathers some of the inescapable artists that have been part of Coco Mari'a's shows. The list includes Nico Mauskovic, La Perla, Meridian Brothers y Grupo Renacimiento, Graham Mushnik, La Redada, Alex Figueira, Frente Cumbiero, Les Pythons de la Fournaise, Romperayo, Malphino, Max Weissenfeldt and even Coco Maria herself. Besides being a place where Coco Mari'a can reflect her music taste and pivot role in the scene, the album stands out by the way it transmits an internationalist identity via Latin music and other afro rooted influences. In many ways the tracks of the album showcase how these artists use music to reconcile both their pride for Latin American and Afro culture as well as their interest in being part of the cosmopolitanism of big European cities. Thus, each track adds a particular detail into building a perfect soundtrack for a community that is always traveling back and forwards between both regions, always looking for songs that explore the furthest frontiers of tropical music while staying true to the roots of their genres. A great example of how this is achieved can be appreciated right from the opening track, which goes in charge of Nico Mauskovic of The Mauskovic Dance Band. "A Big Brain' is a call and response instrumental that is built almost like a live jam. Floating on top of a cumbia loop full of high pitched cowbells (that must have been chopped from a percussion break from a Wganda Kenya), this song is a juggle of Los Mirlos' inspired guitar licks, psychedelic synth pads, feel good cumbia basses and the Mauskovic Dance Band trademark chants. It's the kind of song you would expect when warming up any sort of latin party.