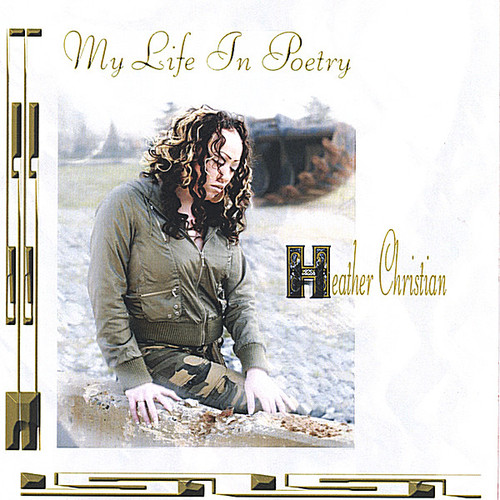 Heather Christian Heather Christian is a wordsmith whose poems are born out of adversity. Her writings tell the true story of her life and are guaranteed to make you stop and take notice of her unique style and personality. Love lost and found, marriage, divorce, rape, growing up in the ghetto, faith in GOD, spousal abuse, self esteem issues or living life with a disability, it doesn't matter, Heather covers it all and then some. After deciding to leave a ten-year marriage, Heather needed an outlet to release all the tension that she had pent up over the years. After reuniting with an old friend who ran the local poetry spot, she made her way to her first open mic where she found her gift and was exposed to another level of poetry, SLAM. Heather soon became a staple in the slam poetry arena and was in most cases the one to beat. She was a member of the 2003 and 2004 Sacramento Slam team who took the number 1 spot in the battle of the bay and number 4 in the West Coast Reagan's Championship. She has also competed on the National level with her team in St. Lewis. She has featured at many locations, The Black Box in Oakland, Jamaica House, Talk Back Tuesdays, Spirit and Truth Poetry, The Guild Theater and many other schools and churches. Heather and her 2004 team were also featured in a T.V. special on the arts in Sacramento on KVIE channel six. Laughter, tears, anger, joy, you will feel them all listening to this dynamic poet. She has no problem sharing her life with you. To some, she just Heather but to those who take time to listen to her message and apply the lessons learned, she's the TRUTH! June 13th, Tuesday, Heather Christian's album release party, SOLD OUT!!!!!! Pictures of the festive, historic moment on labayonline.com The first batch of the album -SOLD OUT- in four days!!!! Grab your copy now!!! -Quar B. Manager Booking Info: 916.638.7220.