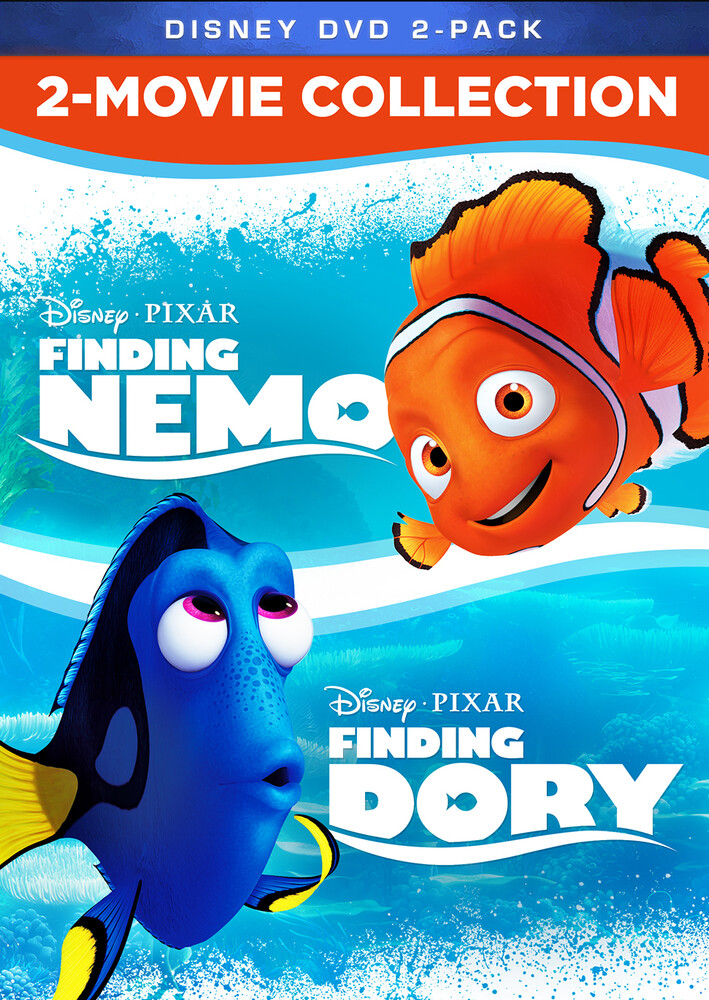 Two-disc set includes: Finding Nemo (2003)In this spectacular animated family adventure from Pixar Studios, young clownfish Nemo is separated from his anxiety-ridden widower father, Marlin, on the first day of school. After Marlin discovers Nemo has been captured by a diver and placed in a dentist office aquarium in Sydney, he frantically tries to rescue him with help from a forgetful blue tang named Dory. With voices by Albert Brooks, Ellen DeGeneres, Alexander Gould, Willem Dafoe, Geoffrey Rush, and Barry Humphries. 100 min. C/Rtg: G Finding Dory (2016)The chipper-if chronically forgetful-blue tang of "Finding Nemo" swims into the spotlight in Pixar Studios' smash subsea sequel. When Dory (voiced by Ellen DeGeneres) touches on a fleeting memory of the family she got separated from, her adoptive clownfish clan Marlin (Albert Brooks) and Nemo (Hayden Rolence) follow on a hopeful, exciting and touching underwater odyssey. With the voices of Diane Keaton, Eugene Levy, Ed O'Neill, Kaitlin Olson, Ty Burrell. 97 min. C/Rtg: PG