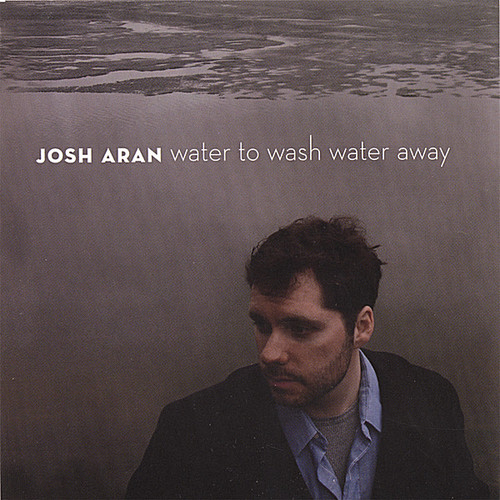 With a rare combination of tenderness and outrage, singer/songwriter Josh Aran awakens the complacent while rejuvenating the weary, like a splash of cold water to the face on a hot summer afternoon. His new album Water to Wash Water Away draws deep from the wells of inspiration, from the pop sensibility of the Beatles to the lyrical subtlety of Bob Dylan, from the feel-good arena rock of Led Zeppelin to the disillusioned art rock of Radiohead. For Josh, songs are like small streams flowing into a mighty river, always moving and ever changing. A native of the Twin Cities, Josh grew up singing and playing guitar. He attended a small liberal arts university where he earned bachelor's degrees in English and Art History, and returned to Minneapolis in 1999. In 2000, Josh recorded his debut album, Sun Up, a warm and loose acoustic album with Tom Herbers at Third Ear Studio. In 2002, Josh met and teamed up with producer and drummer Justin Korhonen. Together they recorded with a handful of musicians, engineers, and producers (including Alex Oana, Tom Herbers, and Erik Appelwick) to create the critically acclaimed 2003 release Between Us There Arose Happiness. In 2005 and 2006 he produced and recorded Water to Wash Water Away with friends from the previous album and a new arsenal of talent, including Zach Miller and Sam Keenan. With a litany of gigs behind him, Josh is a standout live performer. He has played clubs, colleges, and festivals from coast to coast in a variety of contexts: including the launch party for internet radio station Misplaced Music, benefit concerts for AIDS and Tsunami relief, a bluegrass Beatles tribute night, and the Acoustic Showcase. As Josh continues to tour extensively with his band and as a solo artist, sign up on the mailing list if you like and check the website often to find out where Josh is playing and what he's up to next.