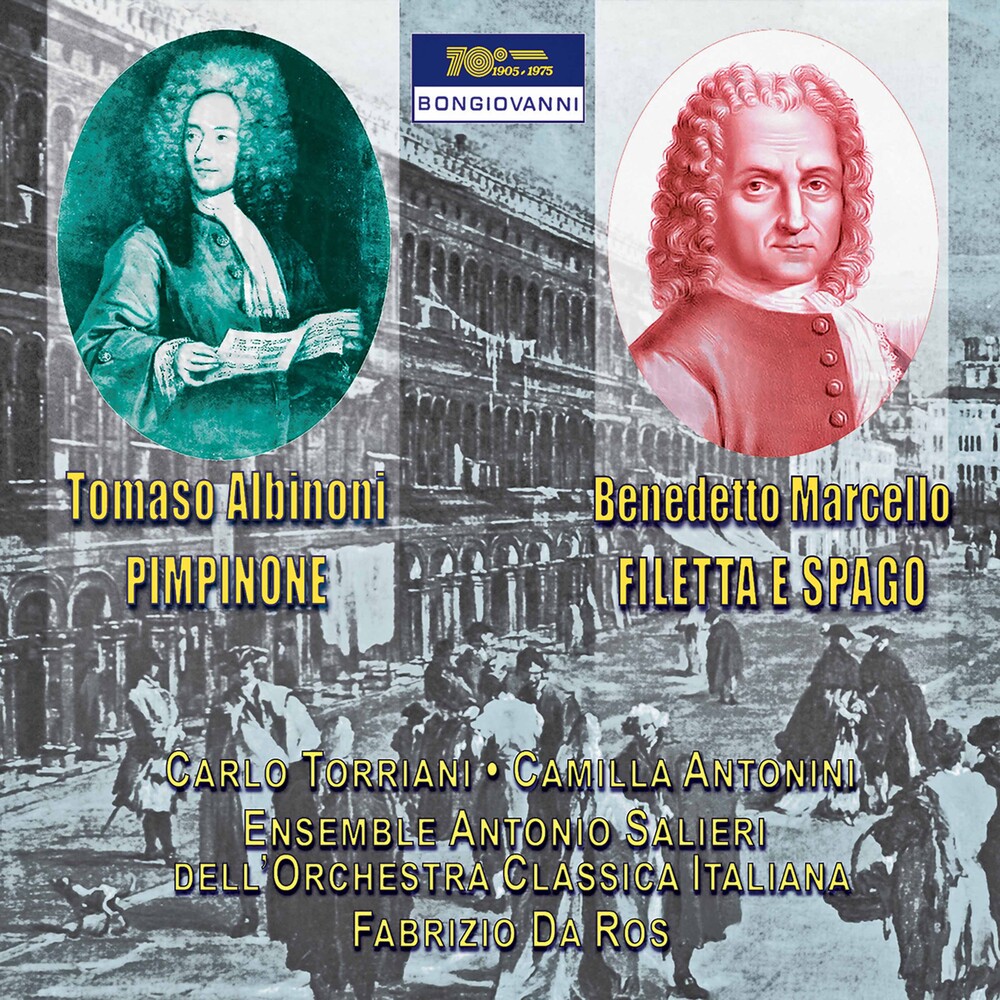 Pimpinone was premiered at the Teatro San Cassian in Venice on 26 November 1708 as the intermezzo of the opera seria Astarto. Born in Venice in 1671, Albinoni was already a major figure in music and his reputation was the equal of, if not superior to, that of Vivaldi. Albinoni's original intermezzo was such a success not least because of it's simple yet enormously amusing plot: a servant girl on the make finds a middle-class employer with plenty of money and little common sense. With a few tricks, she manages to marry him then reveals her true nature as a viper who dominates and cowers her poor husband with all manner of threats. The work's three short acts feature plenty of duets both amorous and comic and recitatives, all of which showcase Albinoni's bright, inventive style. This recording presents the original version with changes based on the libretto printed for the world premiere. As a tribute to the Venice school, this album has been completed with Benedetto Marcello's Filetta e Spago. This intermezzo yet did not originally feature in an opera but in an Italian version of a tragedy by Corneille, Lucio Commodo, premiered at the Accademia de' Nobili in Venice in 1719 and for which Marcello also composed an overture and several choruses. This is the first recorded performance of Filetta e Spago and the present edition is based on the original manuscript. The baroque ensemble plays period instruments and in the recitatives the continuo comprises harpsichord, theorbo and viola da gamba; both works on this disc employ da capo variations as would have been done in the early 18th century and for the same reason the recitatives provide the performers with an opportunity to demonstrate their own powers of invention.