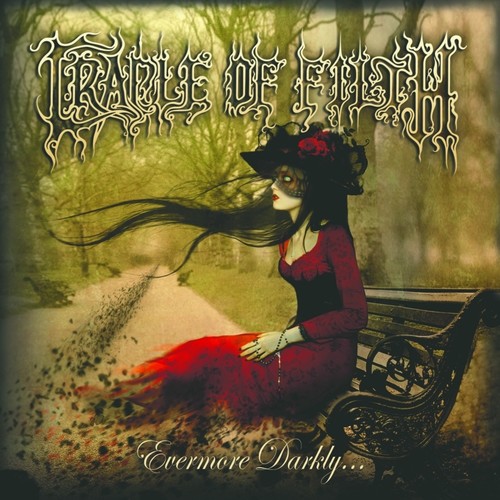 Originally released as a companion piece to Cradle of Filth's triumphant Peaceville debut, 2010's 'Darkly, Darkly, Venus Aversa', the 'Evermore Darkly' opus features new tracks, reworkings and rarities, including the exclusive track 'Thank Your Lucky Scars', plus a special remix of album track 'Forgive Me Father', courtesy of Rob C from Anthrax. Also included is an extended rendition of the 'Lilith Immaculate' single, as well as tempered demo versions of three 'Darkly, Darkly... ' songs. The mini-album closes with a choice cut from the band's orchestral project which eventually manifested as 'Midnight in the Labyrinth', in the form of a haunting, classic reworking of fan-favourite, 'Summer Dying Fast'. Cradle of Filth formed in Suffolk in 1991 and after a string of demo recordings released their debut album, 'The Principle of Evil Made Flesh' in 1994. The band have gone on to become one of the UK's most successful metal acts, known for their dynamic symphonic style of gothic black metal, along with the dark poetic lyrics from the hand of enigmatic front-man Dani Filth. This mid-price CD edition of 'Evermore Darkly' is presented in jewel case packaging complete with an 8-page booklet and Peaceville OBI card