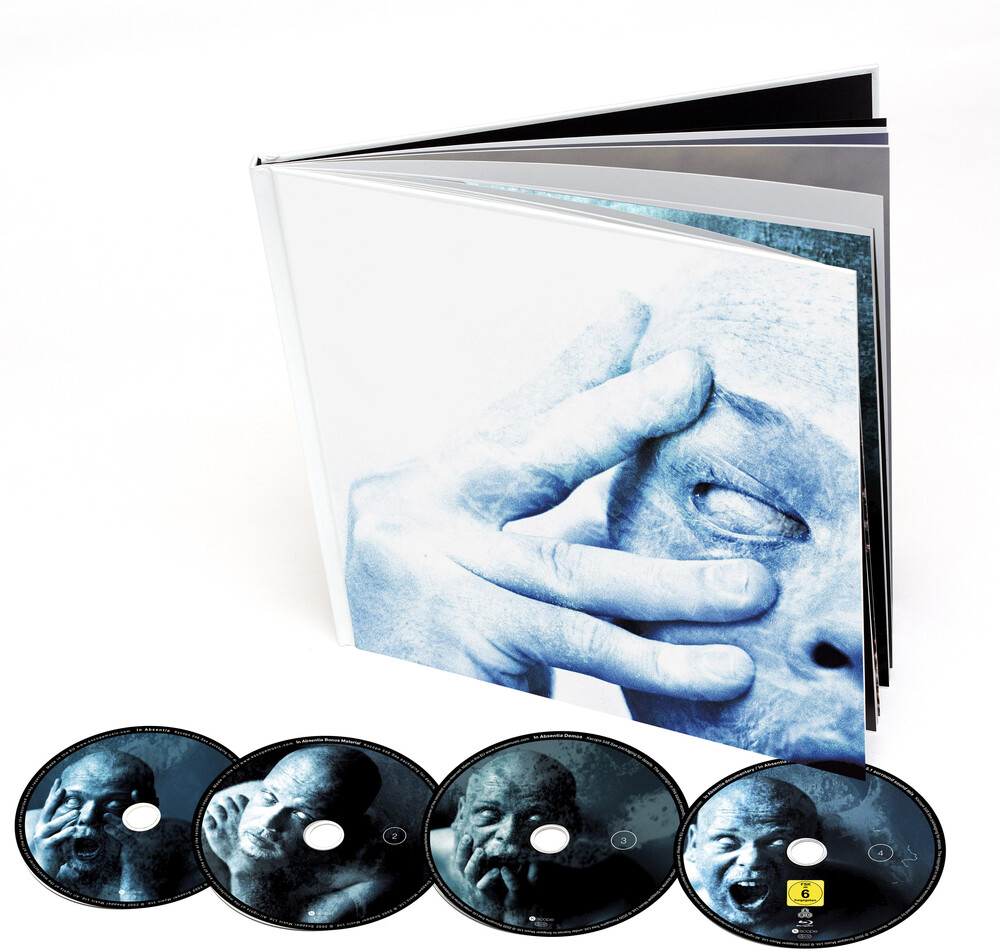 The much anticipated deluxe edition of the iconic album by the British legends of experimental rock. Featuring re-mastered stereo and 5.1 surround sound mixes, additional studio recordings, a disc of unreleased demos and a new feature length Lasse Hoile directed documentary on Blu-ray (All region). This new deluxe version of In Absentia provides an unrivalled insight into the context of the seminal album. The first CD features Steven Wilson's 2017 remaster, which has considerably less compression and limiting for a more dynamic listening experience. The second CD includes all of the additional finished studio recordings the band made during the period. "Collapse (intro)", "Drown With Me", "Chloroform", and "Meantime" were all recorded during the album sessions in New York, while "Futile" and "Orchidia" come from the post-album promo-only Futile EP. Radio edits of "Trains", "Blackest Eyes" and "Strip the Soul" are also included. The third CD comprises over 70 minutes of demos recorded at Wilson's home studio during the two years leading up to recording the album. Many of the selections differ from the final versions, with additional sections, alternate lyrics, and different arrangements. Also included are demos of three songs that were not subsequently recorded by the band, all released here for the first time: "Imogen Slaughter", "Watching You Sleep", and "Enough". The Blu- ray features the new master of the original stereo mix, the 5.1 surround sound mix created in 2003 by legendary engineer Elliot Scheiner, plus the audio from the second CD, all in high resolution audio. It also boasts a new 109- minute feature length documentary film directed by Lasse Hoile, chronicling the making of the album with interviews and archive footage. This deluxe reissue of Porcupine Tree's best-loved album follows the release of Steven Wilson's fifth solo album, To The Bone, which soared into the UK Album Charts at #3 and #2 in the German album charts and led to a sold-out tour including 3 shows at London's Royal Albert Hall.