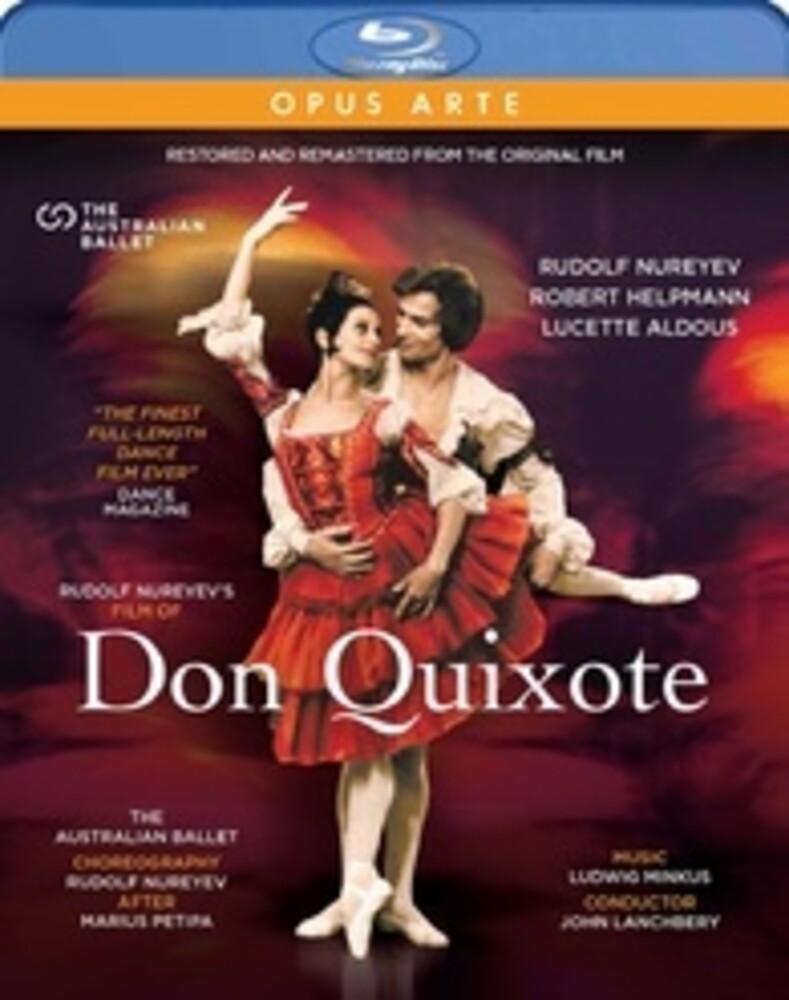 This spectacular film of Don Quixote, choregraphed after Petipa and directed for the screen by Russian ballet superstar Rudolf Nureyev, is recognized as one of the finest ballet performances ever caught on camera and a cinematic triumph in it's own right. Filmed in Melbourne with the Australian Ballet in 1973, the cast includes Nureyev as Basilio, Sir Robert Helpmann as the deluded knight and Lucette Aldous as Kitri. This timeless story of love, gallantry and misadventure - all unfolding with Minkus's exhilarating Spanish flavored music - has stood the test of time as one of the world's most popular ballets. Lovingly restored from the original 35mm film, and to be heard for the first time in full SS digital stereo created for the DVD and Blu-ray release, this is finally, how Nureyev intended his Don Quixote to be seen and heard.