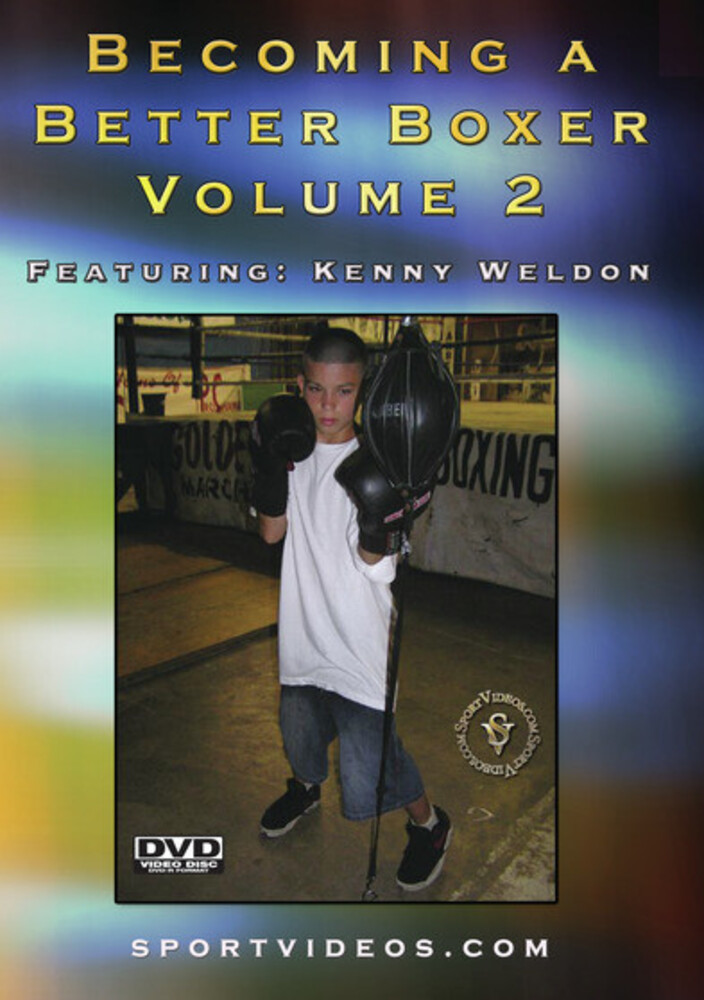 This DVD is volume two of a three-part series featuring Kenny Weldon. In this program, Kenny shares the same training techniques and tips that he has used to train some of the top boxers in the world. Topics covered on this DVD include: the ten punches that you need to master, how to work the double end bag, how to work the heavy bag, and the proper way to work the speed bag. This comprehensive series is a must have resource for anyone involved in boxing. About the coach: Kenny Weldon started boxing as an amateur in Houston in 1953. A native of Galena Park, Texas, Kenny had an amateur record of 216-11, winning 4 Houston Golden Gloves Titles in the process and also competing in the State and National Golden Gloves Tournaments as well as the Pan American Games, before turning pro in 1968. As a pro, Kenny went 50-7-1 claiming the Texas Featherweight Title and N.A.B.F. Super Featherweight title before retiring as a fighter in 1978. Kenny's greatest accomplishments, however, came as a coach. The program he established at The Galena Park Boxing Academy produced 316 Houston Golden Gloves Champions, 51 Texas State Amateur Champions, 17 National Amateur Champions, 3 Pan Am Medalists, and 3 Olympians. Kenny also served as a coach for The U.S. Olympic Team in 1988.