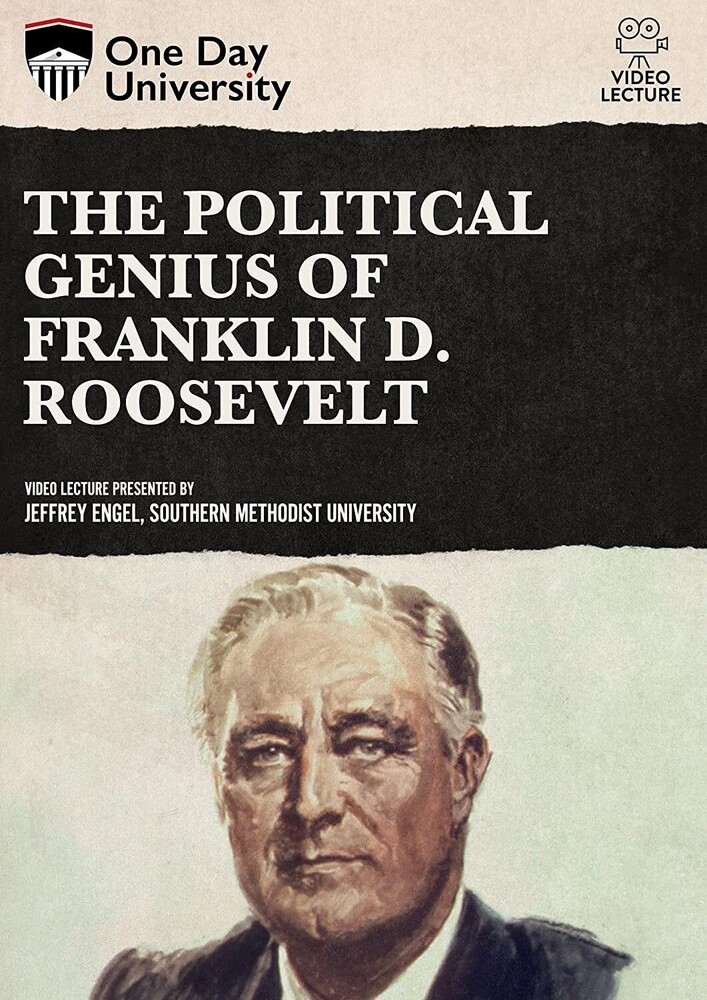 One Day University presents a series of video lectures recorded in real-time from some of the top minds in the United States. Given by award-winning professors and experts in their field, these recorded lectures dive deep into the worlds of religion, government, literature, and social justice. He was our longest-serving president and also our best. Washington set precedents. Lincoln preserved the union. But only Franklin D. Roosevelt was elected to the nation's highest office four times. Only Roosevelt faced an economic crisis so severe it remains our benchmark today for calamity. Only Roosevelt saw a world on the brink of tyranny, knowing that his leadership was all that stood between isolationism and war, yet simultaneously a new democratic age versus an age of totalitarian darkness. So well-known to subsequent generations, he is easily recalled just by his initials, FDR. He kept secrets: secret love affairs, secret dealings with allies, and the biggest secret of all hidden in plain sight, the paralysis that kept him largely wheel-chair bound. The solutions he made public nonetheless forged the country, and in large part the world, we live in today. He is the father of the modern welfare state, the progenitor of our modern unrivaled military, and more than any other, creator of the international rules of the road in place since 1945. For his generation and for many yet to come, he defined how Americans understood their place in the world, their government's role in their lives, and the very nature of freedom itself. Our longest-serving president, he was also our finest, ultimately saving American democracy from depression, defeat, and disillusionment. The lecture will investigate the transformational presidency of Franklin Roosevelt