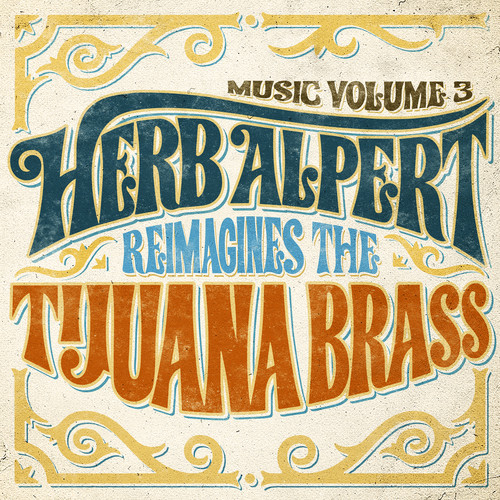 Vinyl LP pressing. For Music Volume 3: Herb Alpert Reimagines The Tijuana Brass, beloved and prolific musician Herb Alpert has revisited some of his most iconic songs with the Tijuana Brass, and transformed them. This reinvention of historic recordings like "A Taste Of Honey," "Lonely Bull," "Spanish Flea" and many more were "scrambled up," as Herb says. A mix of new arrangements, production, new studio takes and in some case even samples of the originals were used to make them fresh and surprising, and a way for Herb to continue sharing positivity with a world in need of it. The album also finds Herb continuing his partnership with producer Jochem van der Saag. Several of the songs on Music Volume 3 appeared on albums during an unprecedented run in 1966, when four Herb Alpert and Tijuana Brass releases were on the Billboard Top 10 at the same time. Music Volume 3 begins appropriately with "The Lonely Bull," Alpert's first smash hit. It includes a surprising mash-up, too - of "Spanish Flea" into "Rise," two famous songs blended together here for the first time.