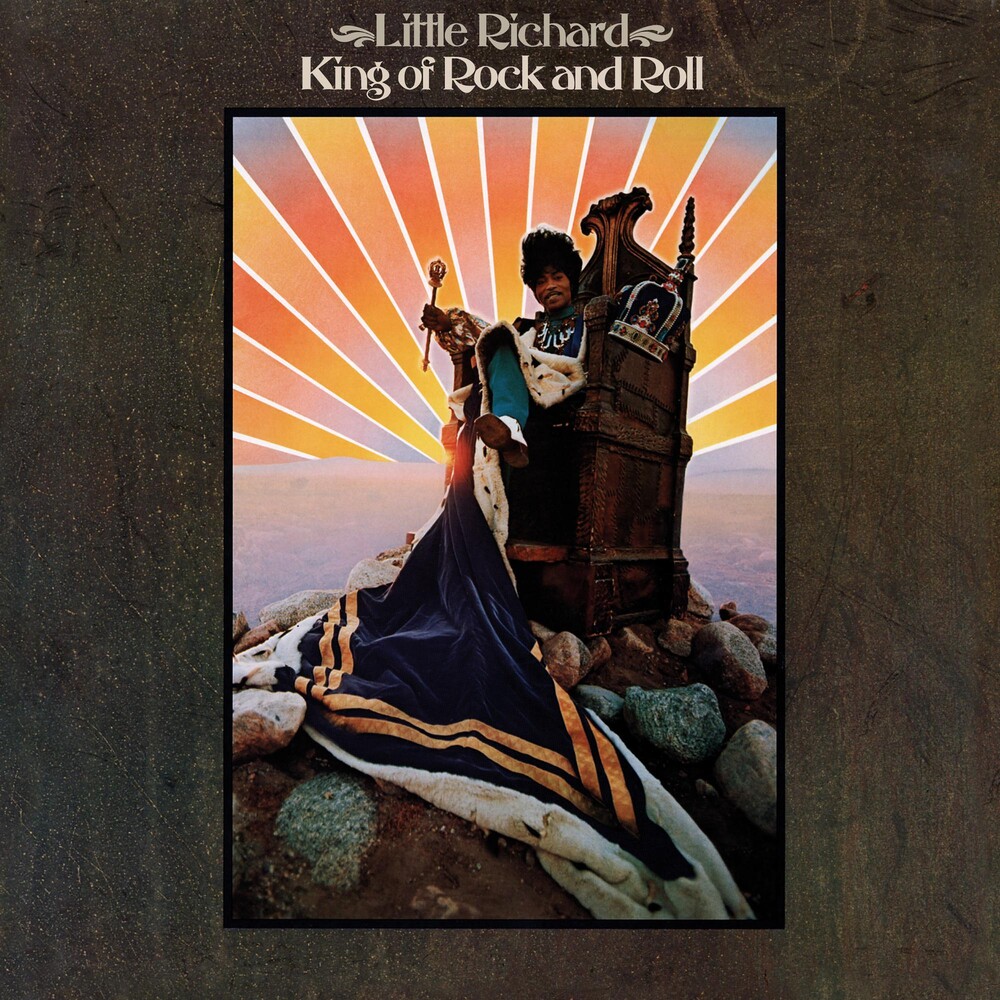 Digitally remastered and expanded edition including six bonus tracks. No one expected the power of Little Richard's return in 1970 with The Rill Thing. The following year's King Of Rock And Roll helped demonstrate that it was no fluke. This time, instead of handling the production and arranging duties himself, Richard handed those responsibilities off to the multi-talented H.B. Barnum, a widely-respected actor, musician, vocalist, arranger and producer who was on call for the likes of the Supremes, Frank Sinatra, Count Basie, Aretha Franklin and Lou Rawls among others. From originals to covers of Motown classics, The Rolling Stones, Creedence Clearwater Revival, Hank Williams, and Hoyt Axton's "Joy To The World" (made famous by Three Dog Night), there was no doubt who sat on the throne of popular music. This time around, "Green Power" was selected as the single with it's flip, "Dancing In The Street," but no chart action was to be had. Though Don Peterson's striking cover photo likely attracted more than one taker browsing the record stores in '71. This reissue features the remastered album plus six bonus tracks, (including session material, radio ads, and more), and packaging containing new liners from Bill Dahl, photos, and ephemera.