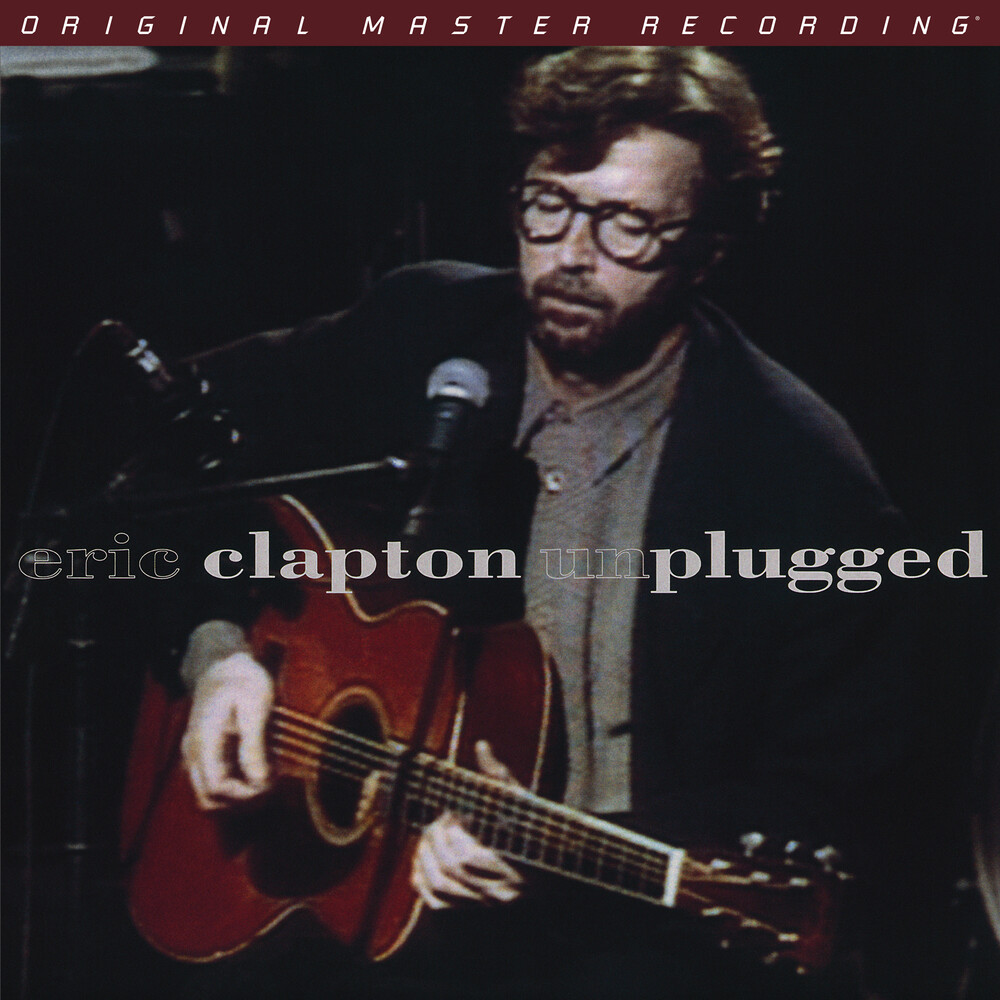 Blockbuster Album Stirs the Heart, Shakes the Soul, and Invigorates the Senses: Eric Clapton Unplugged Radiates with Intimacy, Maturity, Poignancy, Honesty, and SweetnessMastered from the Original Master Tapes for Definitive Sound: Mobile Fidelity's Numbered-Edition Hybrid SACD Puts You in the Front Row and Features Breathtaking TransparencyDiamond-Platinum 1992 Effort Includes the Hit Ballad 'Tears in Heaven,' Memorable Blues Covers, and Support from an Ace Band: Unplugged Won Six Grammy AwardsEric Clapton's Unplugged is far more than an album. It remains a majestic picture of a moment in time; an unvarnished glimpse into the soul of a legendary artist; a visionary journey into the inspirations that helped shape Clapton's character; a reexploration and re-evaluation of deep-seated musical roots; a continuation of critical blues heritage; a building block on which a subgenre sprouted; and a launching pad for both a later career resurgence and discovery. Having sold more than 26 million copies worldwide, Unplugged stirs the heart, shakes the soul, moves the mind, and invigorates the senses. Equivalent in mastery if not in volume to the output that earned Clapton his 'God' nickname, the intimate performances of blues gems and originals showcase a learned professor in his element. Now you can get a front-row seat to those 1992 recording sessions at Bray Film Studios.Mastered from the original master tapes, Mobile Fidelity's numbered-edition hybrid SACD enhances the blockbuster work for today - and the ages to come. Peeling away any remaining limitations to provide a transparent, lively, ultra-nuanced presentation of a record that won six Grammy Awards - including prizes for Album of the Year, Best Male Rock Vocal Performance, and Best Rock Song - it places Clapton and his ace support band in your room. The expanse and depth of the soundstage, fullness of tones, natural snap and extension of the guitar strings, realistic rise and decay of individual notes, and roll of Clapton's vocals all attain demonstration-grade levels. In every regard, Unplugged was appointment listening when it came out in August 1992. With Mobile Fidelity's SACD, that's now truer than ever.