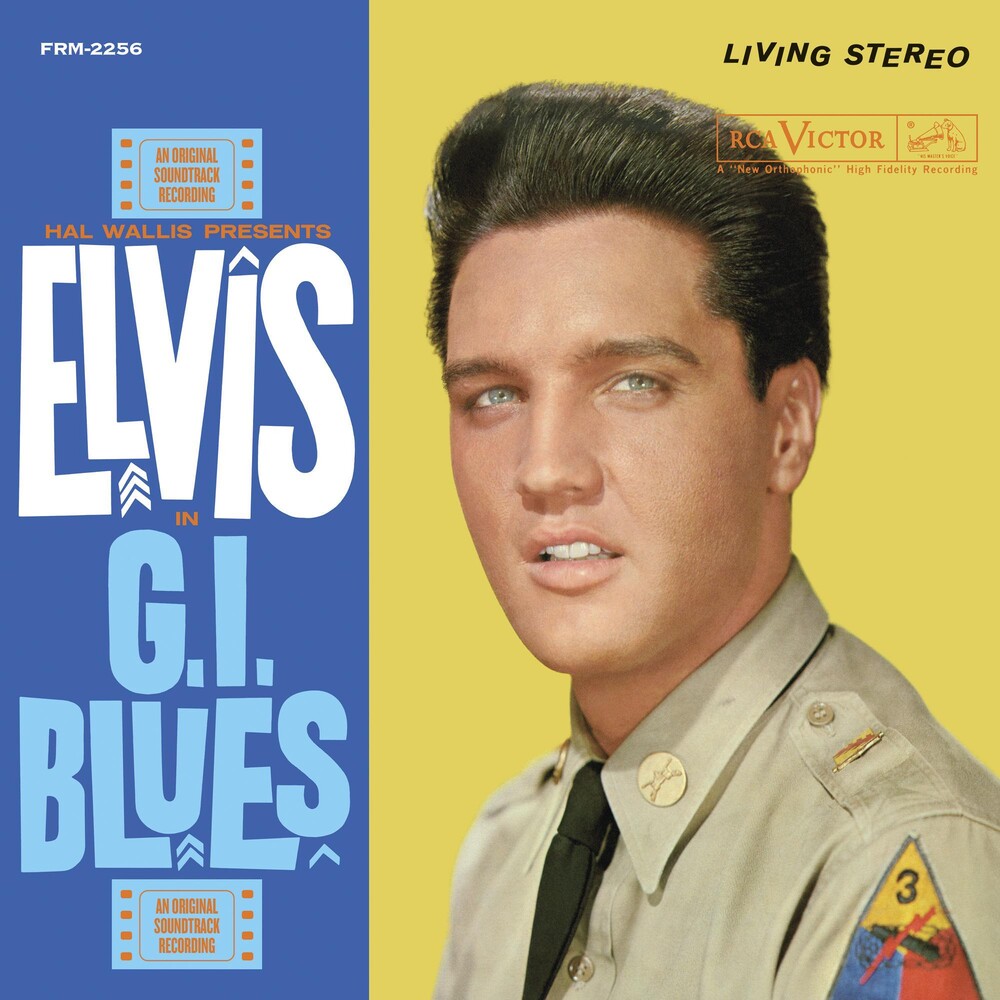 G.I. Blues is the third soundtrack album by American singer and musician Elvis Presley, released by RCA Victor in mono and stereo, LPM/LSP 2256, in October 1960. It is the soundtrack to the 1960 film of the same name in which he starred. Recording sessions took place on April 27 and 28, and May 6, 1960, at RCA Victor Studio C and Radio Recorders in Hollywood, California. G.I. Blues Yellow Audiophile Limited Anniversary Edition Poster, 180 gram Vinyl, Gatefold.