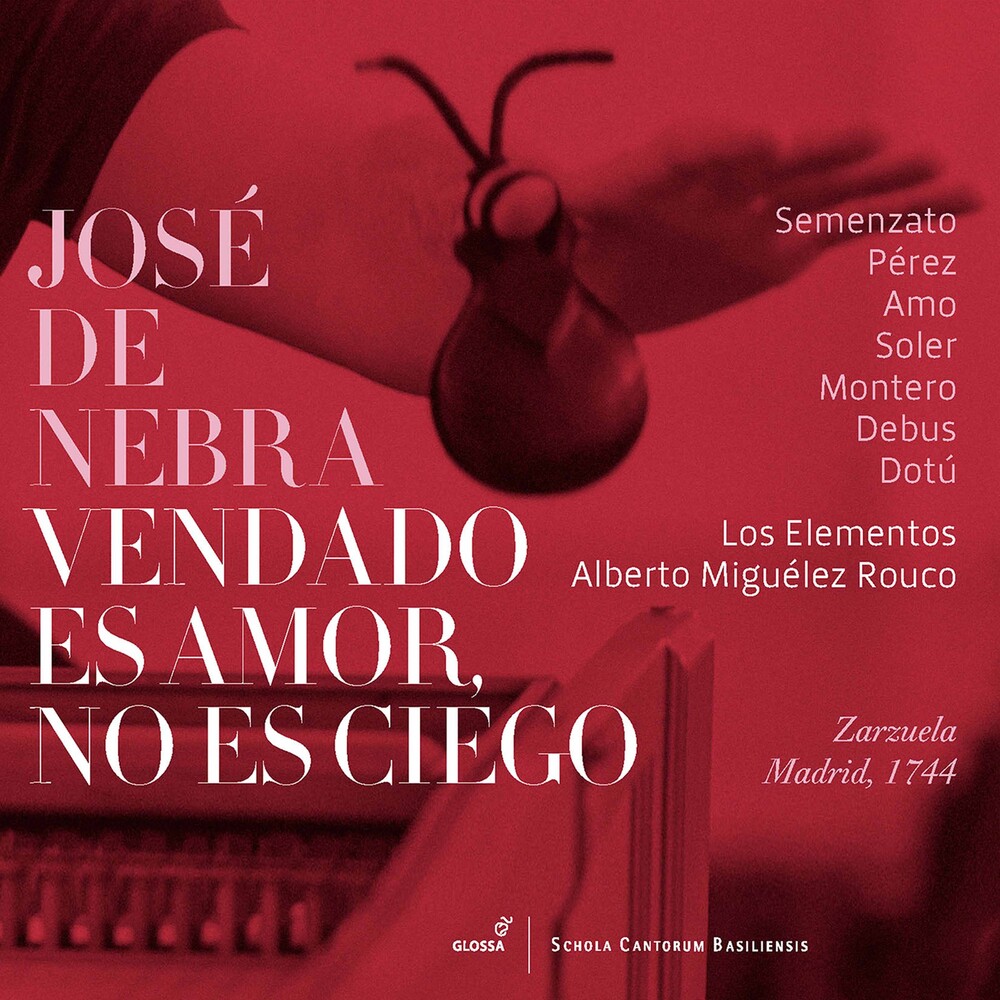 Out on Glossa is the first-ever recording of one of the most important preserved dramatic works by one of the major figures of the European full Baroque, José de Nebra: Vendado es Amor, no es ciego, a 1744 summertime zarzuela success in Madrid. Alberto Miguélez Rouco conducts an animated vocal sextet and Los Elementos in a production prepared for and executed under the auspices of the Schola Cantorum Basiliensis. Rather than the moralizing plots of the dramma per musica, zarzuelas focused on tales of love, power and slanging matches between mythological figures with commentary provided by comic - frequently bawdy - characters. In this work from Nebra's maturity, such complications are skillfully interwoven by one of the leading Spanish dramatists from the first half of the 18th century, José de Cañizares, allowing Nebra ample opportunity to knit together colorful orchestral music (including a fandango) with a lively and virtuosic string of solo and ensemble arias and choruses. This Baroque entertainment is noteworthy for the involvement of Alicia Amo in the pivotal role of the nymph Eumene, much put-upon by goddesses Diana (Eva María Soler Boix) and Venus (Natalie Pérez) and by her somewhat dim love interest, shepherd Anquises (Giulia Semenzato). One of Spain's foremost and in-demand dubbing artists for actors, Javier Dotú provides a lively linking narration (an English translation is supplied for the whole work alongside the Spanish text) for the musical numbers, and the SCB's director, Thomas Drescher provides a compelling booklet essay.