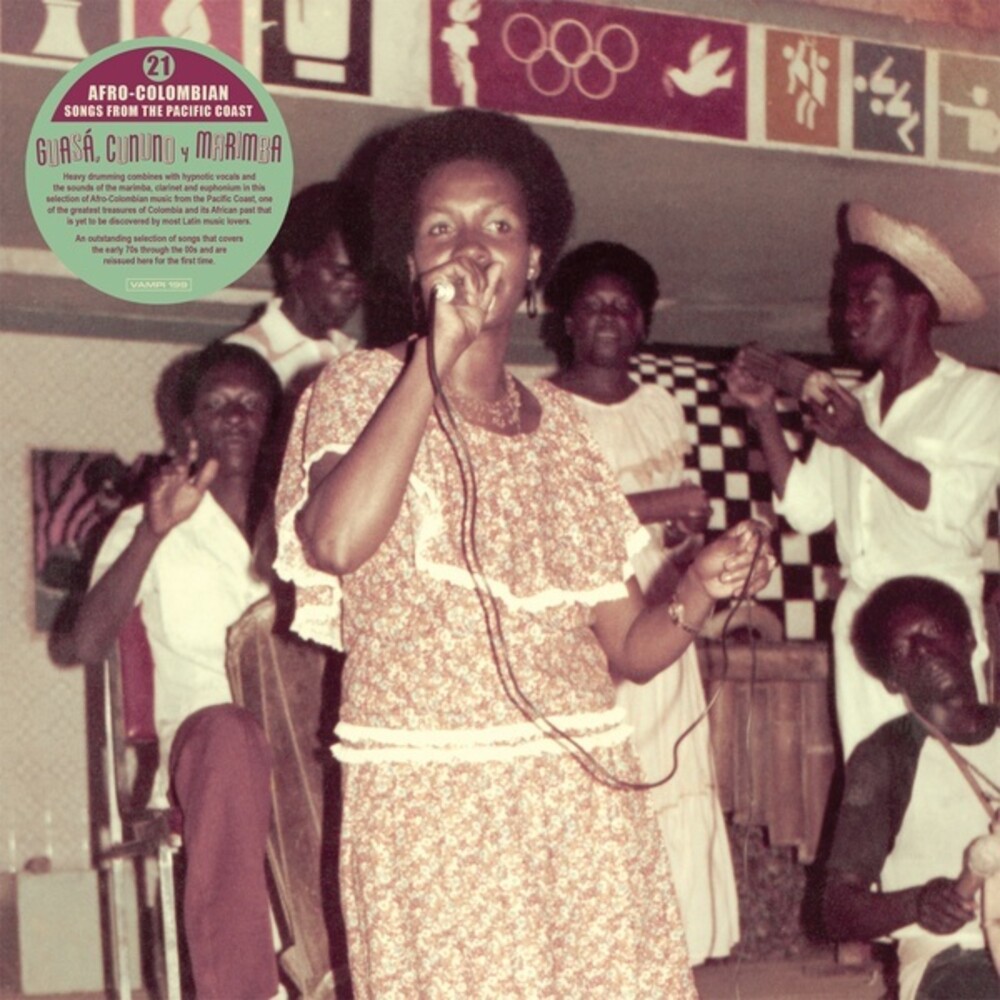 Compiled by Colombian music experts Lucas Silva and Philippe Noel, Guasa, Cununo y Marimba: Afro-Colombian Music From The Pacific Coast is a selection of Afro-Colombian music from the Pacific Coast. The Colombian Pacific coast has always been one of the most forgotten regions of Colombia: ninety percent of the population are of African descent and ten percent are indigenous peoples and mestizos. It borders Panama to the north and Ecuador to the south. It was colonized late, after several failed attempts by the Spanish who were thwarted by the impenetrable jungle and climate of the territory. Two or three centuries of slavery filled the Pacific coast with men and women who brought their musical instruments with them. In the department of Chocó in the north Pacific, African descendants reinterpreted the military drums brought in by the colonizers, creating the chirimía style. The Pacific coast is home to a wealth of musical styles: apart from the currulao and chirimía, there's a host of other genres. Meanwhile, in the city of Buenaventura, the urban center of the Pacific and the biggest port in Colombia, orchestras and bands flourished. For music from the Pacific there was a long and winding road to go down before it emerged from anonymity in a country dominated by cumbia and Caribbean beats. The music of the Colombian Pacific is one of the greatest treasures of Colombia and it's African past, but not many people remember the songs recorded on anthologies, a forgotten chapter of Colombia's musical history. This album aims to revisit these formats and recording styles so that new generations of musicians can reconnect with this heritage and these wonderful musical gems can see the light at last, as they are immortal aspects of Afro-Colombia and it's culture. This compilation includes recordings by artists like: Gertrudis Bonilla, Peregoyo y su Combo Vacaná, Markitos Micolta, La Sonora del Pacífico de Cachito Vidal, Julián y Su Combo, and more in an outstanding selection of songs that covers the early '70s through the '00s. Heavy drumming combines with hypnotic vocals and the sounds of the marimba, clarinet and euphonium in this selection of Afro-Colombian music from the Pacific Coast. Also features: Gertrudis Bonilla y Jimmy Puche, Chencho Trompeta y Los Brujos Del Folklore, La Marucha, Los Trovadores Del Pacífico, La Contundencia, La Banda de Alexis, Conjunto Folklórico Los de la Bahía de la Cruz, Buscajá, and Bambazulú.