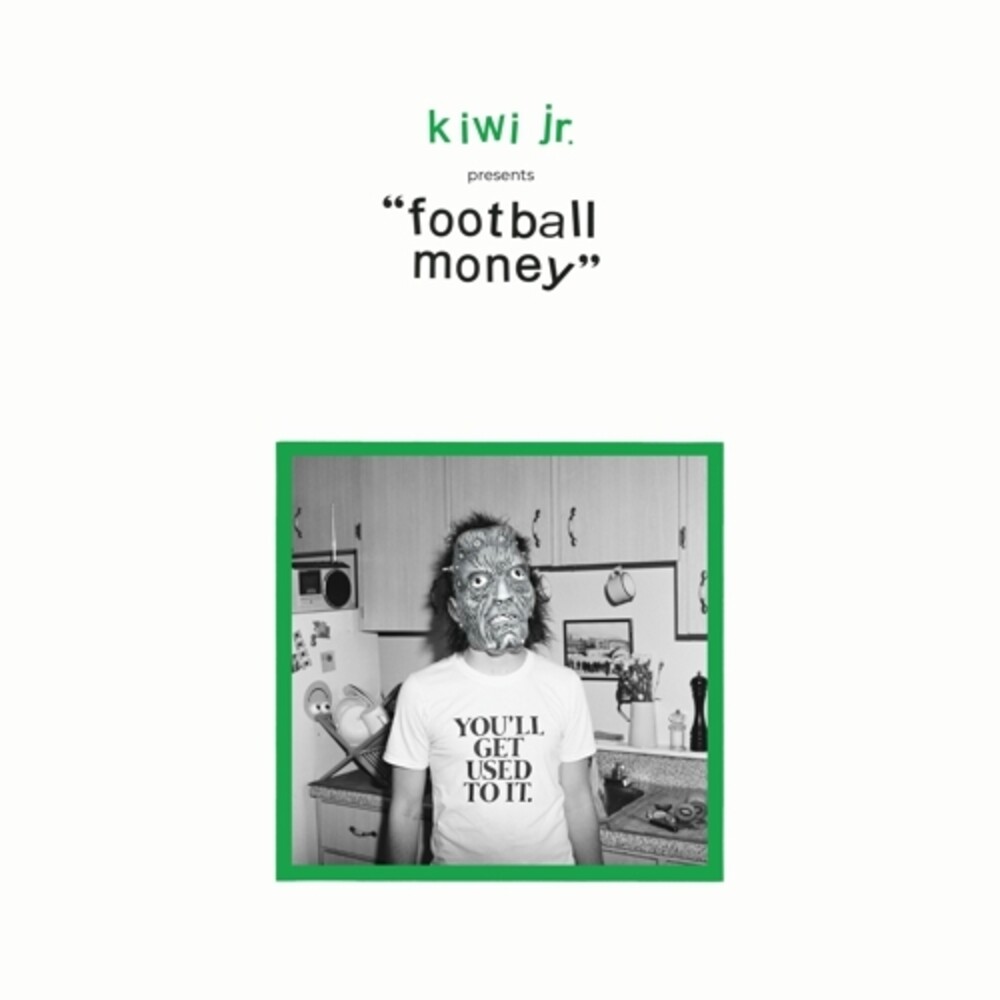 The four members of Kiwi Jr. All live in Toronto, though they originally hail from Charlottetown, PEI, separately finding their ways to the big city over various points in the past decade. Now, having found a common language in jangling power-pop and hyperliterate college rock, they are releasing their debut album: Football Money. "It's very much a Toronto record," says singer / guitarist Jeremy Gaudet. "Even though we're East Coasters, there's no nostalgia or romanticizing small towns. This album is about the neighbourhoods we live in and our lives here."Kiwi Jr.-featuring frontman Gaudet alongside bandmates Brohan Moore (drums), Brian Murphy (guitar) and Mike Walker (bass) -make jangling power-pop anthems for that second coming of age, when young adulthood turns into full-blown grownup responsibility. These ten tracks document long-term relationships, proper adult jobs, and life in a big city that doesn't care if you exist. The brisk 27-minute album is stuffed with instantly hummable hooks, but the band's knack for sweet simplicity is balanced by a love of complex song structures. Grooves turn on a dime, golden melodies emerge and are never repeated, and the lyrics are full of literary references and crafty narratives. The songs are laid-back but never lazy, as the band poured over the album throughout the course of two years with producer Aaron Goldstein (Daniel Romano, City And Colour). It was mixed by Holy Fuck's Graham Walsh (Preoccupations, METZ), with additional instrumentation and production from Alec O'Hanley (who plays with Murphy in Alvvays).