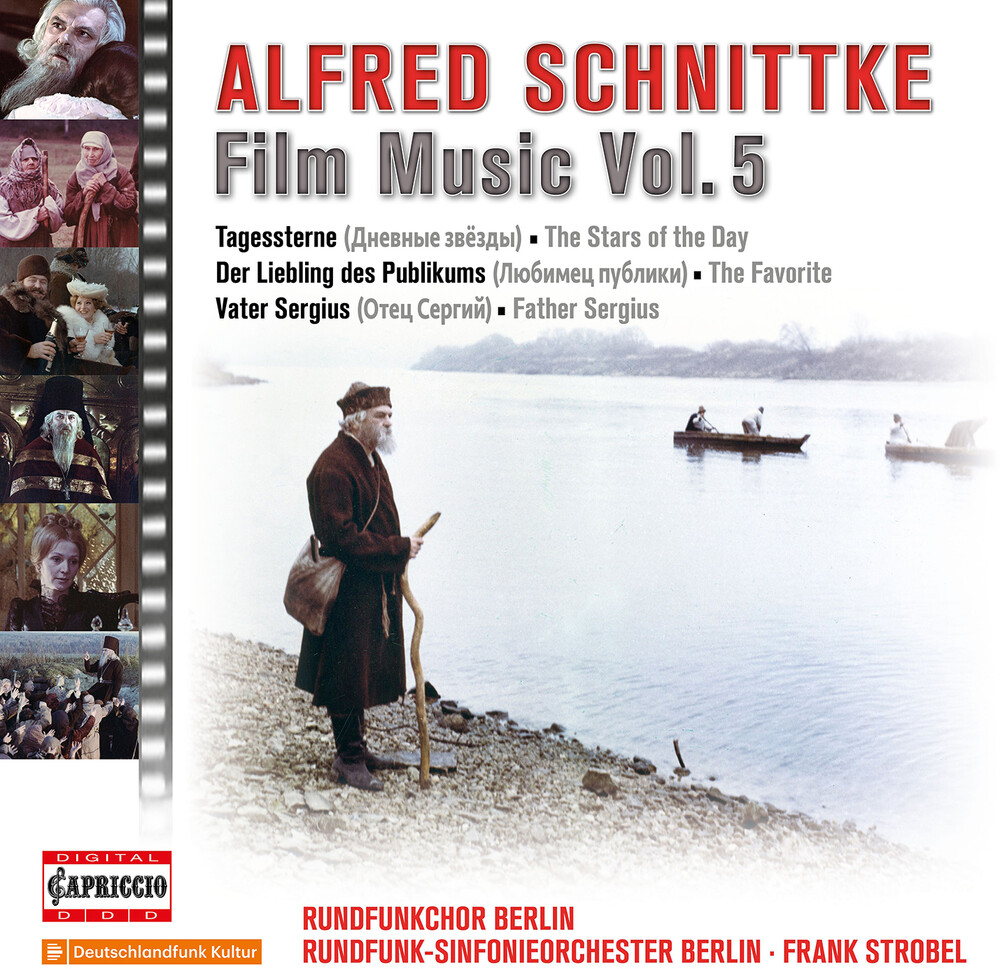 The seductive, addictive potential of this music can be heard and felt straight away. His film music, an important pillar of his livelihood, embodies almost everything that characterizes Schnittke's music as a whole. It heralds a musical personality which, precisely because of it's conscious use of tradition in the twentieth century, represents a solitary exception. Curious - not greedy for the old - he collected discarded or worn-out remains of music history, cleaned and polished them, and placed them in strikingly new contexts. The principle of drawing from and making use of the past was not well received in the strongholds of the avant-garde, but was all the more enthusiastically embraced by film viewers and concertgoers. 25 years ago Schnittke had encouraged the young conductor, arranger, and film music expert Frank Strobel to condense the music of his film scores into suites and to republish them for concert use. Since then, Strobel has arranged around a third of Schnittke's over 60 pieces of film music and successively recorded them with the Berlin Radio Symphony Orchestra.