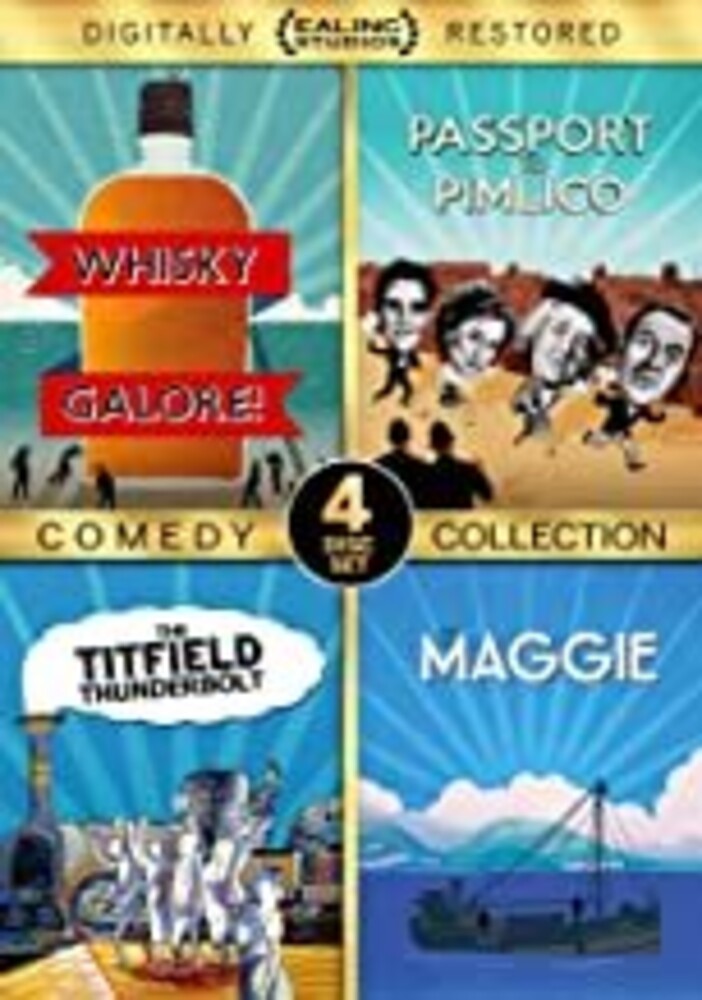 Ealing Studios' output from the 1940s and 1950s helped define what was arguably the golden age of British cinema. Featuring contributions from Ealing regulars such as screenwriter T.E.B. Clarke (The Lavender Hill Mob, Sons and Lovers) and directors Charles Crichton (Dead of Night, A Fish Called Wanda) and Alexander MacKendrick (The Ladykillers, Sweet Smell of Success), this digitally restored 4-disc collection includes some of the most beloved comedy films of the postwar era. Includes: Whisky Galore! (1948), Passport To Pimlico (1949), The Titfield Thunderbolt (1953), The Maggie (1954).