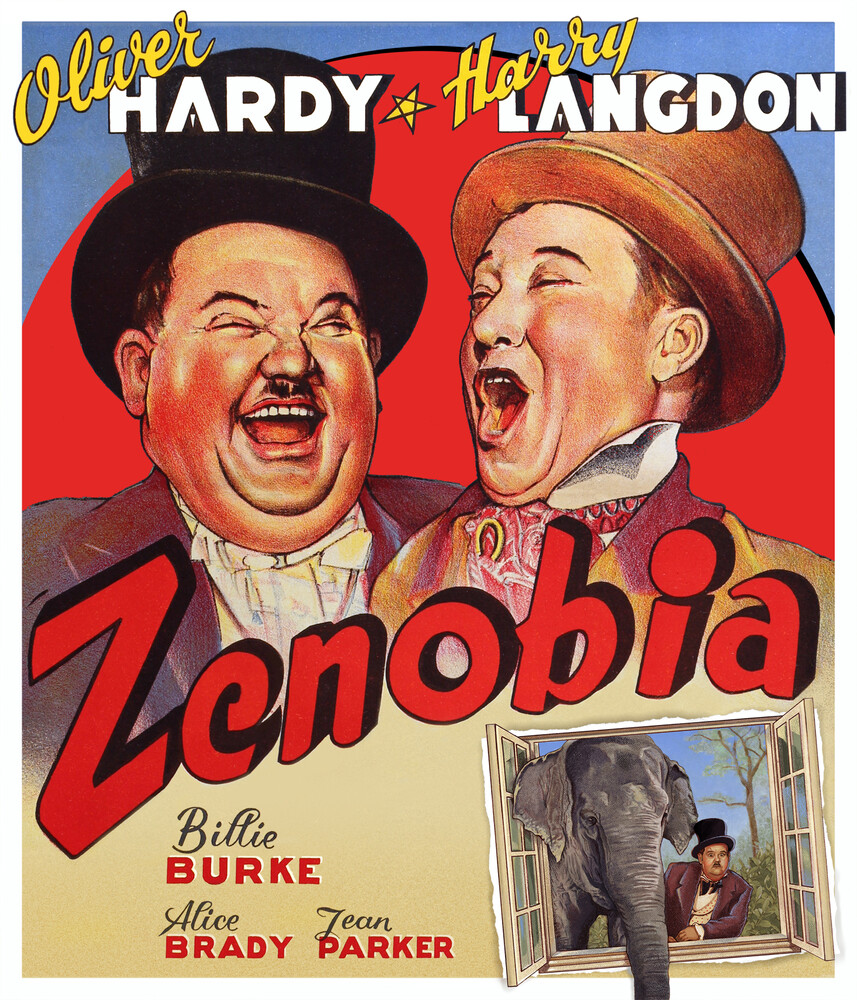 Newly transferred and restored from original 35mm nitrate film elements, Hal Roach's endearing comedy about a grateful elephant-who refuses to part with the humble doctor who's cured her-finally makes it's way to Blu-ray from ClassicFlix.Medicine man J. Thorndyke McCrackle (Harry Langdon) has a problem, a BIG problem: his main attraction, an elephant named "Zenobia", is sick. Wasting no time, he enlists the help of local doctor Henry Tibbett (Oliver Hardy) who cures his patient... but all too well as she refuses to leave his side!Now devoted to her healer, Zenobia's unwelcome attachment proves bothersome not only to the good doctor himself, but also to his daughter Mary (Jean Parker) who is engaged to the son of socially prominent Mrs. J. Mortimer Carter (Alice Brady). With her engagement already precarious due to Mrs. Carter's disapproval, Mary's chances of marital bliss now seem hopeless as her prospective mother-in-law plans to scuttle the arrangement by publicly disgracing the doctor and his family.When Zenobia went before the cameras in late 1938, half of Hal Roach's famous comedy team-Stan Laurel-had left the studio in a contract dispute. But Oliver Hardy was still on the payroll, so Roach made the decision to team him with legendary comic Harry Langdon, who at the time was working on the "Lot of Fun" as a gag writer. Laurel eventually returned to the fold and any talk referencing the team of "Hardy & Langdon" soon faded from the lexicon of the Roach PR team.Adapted from H.C. Bunner's novelette Zenobia's Infidelity, the comedy-drama was the second feature to be directed by Gordon Douglas-who had helmed many successful Our Gang shorts during his stay at Roach. The film also co-stars Billie Burke as Hardy's devoted wife Bessie, and features James Ellison, June Lang, Hattie McDaniel and Step'n Fetchit among the supporting cast.