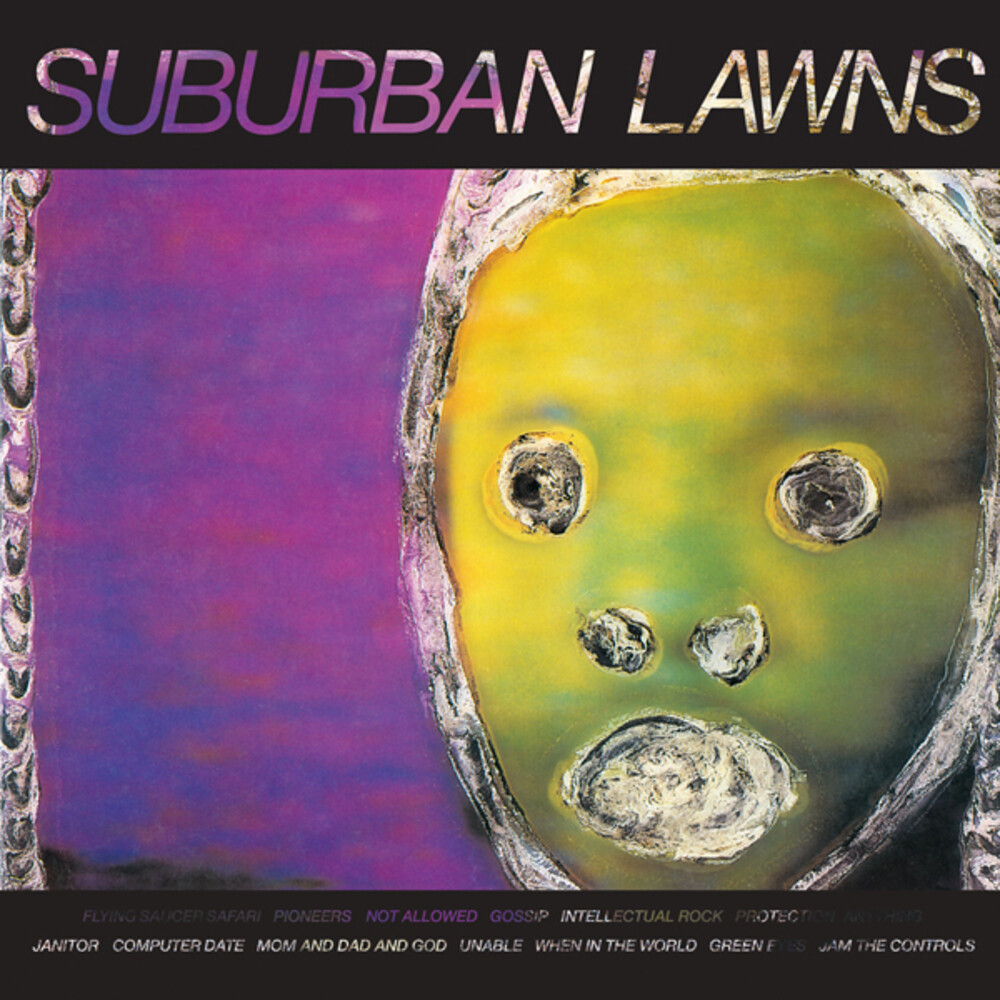 If your brain has a shortlist of bands that instantly evoke New Wave, Suburban Lawns deserve a slot right next to the likes of Devo, Talking Heads and the B-52's. After putting out two singles on their own Suburban Industrial imprint, the Lawns signed to I.R.S. Records and released their debut LP in 1981. While the band gained cult status thanks in part to a Jonathan Demme-produced music video which aired on Saturday Night Live, their self-titled album would sadly be the five-piece's only full-length statement.Suburban Lawns' asymmetrical aesthetic is personified by co-vocalist Su Tissue, whose mesmerizing stage persona was at once childlike and terrifying. Her unique style embodies the awkward/arty female singer of the Reagan era, while the group's male vocals-courtesy of Frankie Ennui, Vex Billingsgate and John McBurney-maintain the satirical themes of Southern California's postwar mirage of limitless sprawl.Suburban Lawns' catchiness can be attributed to their drum-tight performance and taut songwriting. Listen to the vocal trade-offs on "Anything," which could have easily come out on any purely Punk label from LA at the time, while Tissue's deadpan delivery on "Janitor" glides into the best art-warble this side of Lene Lovich, broaching the possibility of nuclear annihilation with a murmured "Boom, Boom, Boom, Boom."From a West Coast scene dominated by 7-inch singles and EPs, the Suburban Lawns' lone LP remains in a class with precious few. It's not surprising that they found acceptance in the Hollywood punk scene, despite their Long Beach roots, and would influence other bands such as Minutemen. This is not a disc that will get parked in your collection hoping to get pulled once in a while; this is a record you will play.