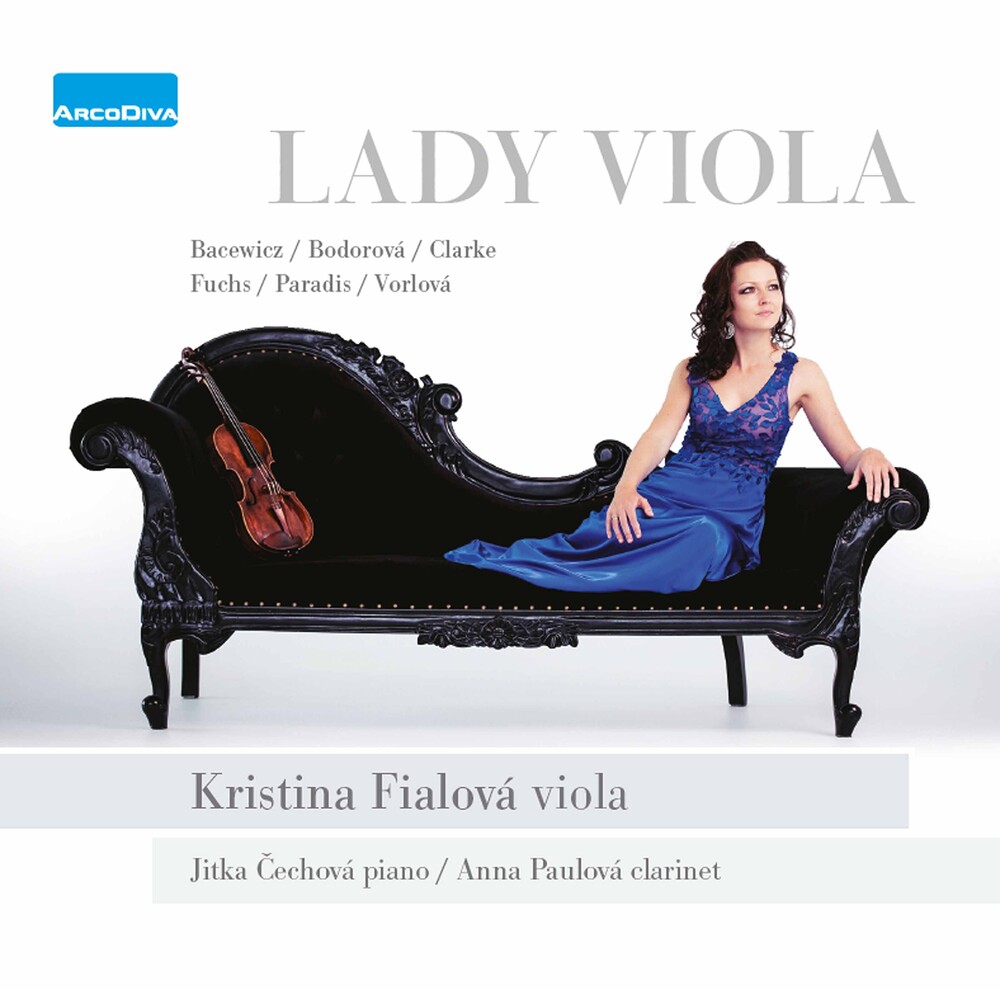 The new album Lady Viola presents various viola repertoire performed by Czech eminent violist Kristina Fialová. Pieces on this release include by Rebecca Clarke, Sylvie Bodorová, Lillian Fuchs and more. Fantasia for Solo Viola by Sláva Vorlová is world premiere recording. Kristina Fialová has been primarily praised by the critics for her impeccable technique, impassioned performance and sophisticated musical sentiment. After winning the Michal Spisak International Competition in Katowice, Poland, she was invited to the major concert stages around the world. Her appearance at the prestigious Tivoli Festival in Denmark was followed by her debuting in Tonhalle Zürich, Cologne philharmonic hall, Sumida Triphony hall in Tokio, Gran Teatro Nacional in Lima and giving a recital at the Prague Spring festival.