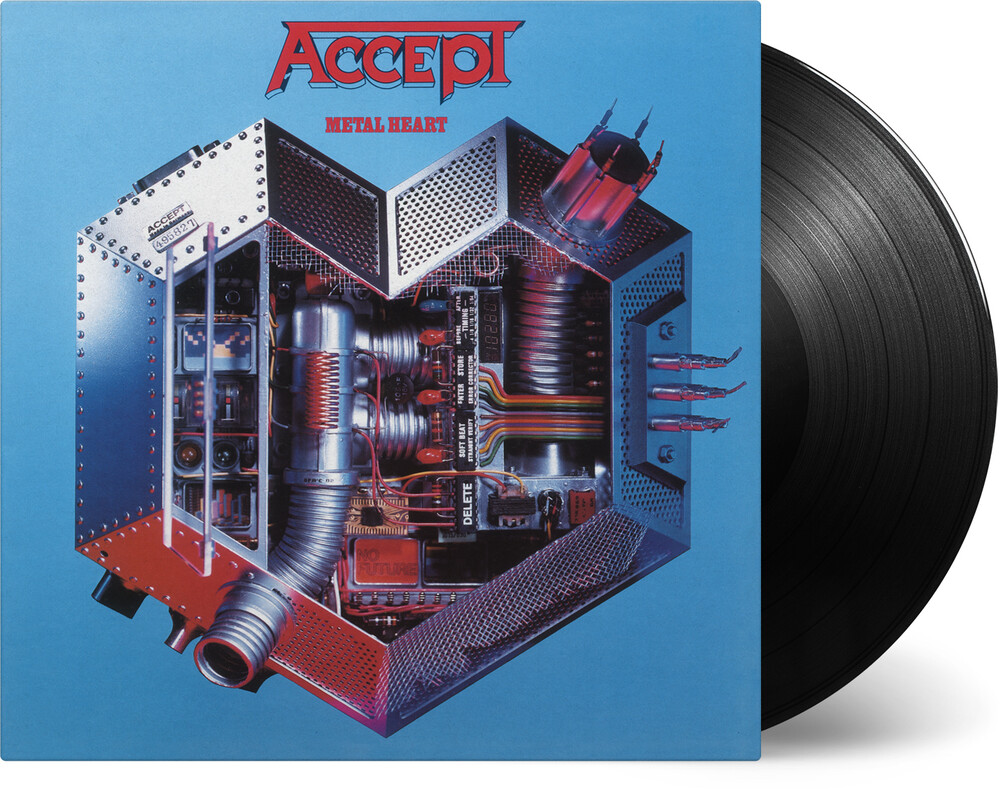 Limited 180gm audiophile vinyl LP including insert. The German heavy metal giants Accept released their accessible sixth studio album Metal Heart in 1985. It marked the return of guitarist JĂ¶rg Fischer and the album contains some of their classic songs, such as 'Metal Heart' and 'Living for Tonite'. It is a work of pure metal greatness and it has everything you expect from the band. To crack the American market they added catchier choruses and melodies to the music, but they didn't hold back on any of their powerful metal music. The album is overwhelmingly well-produced and performed, and containing brilliant strokes of songwriting genius along with catchy, memorable themes.