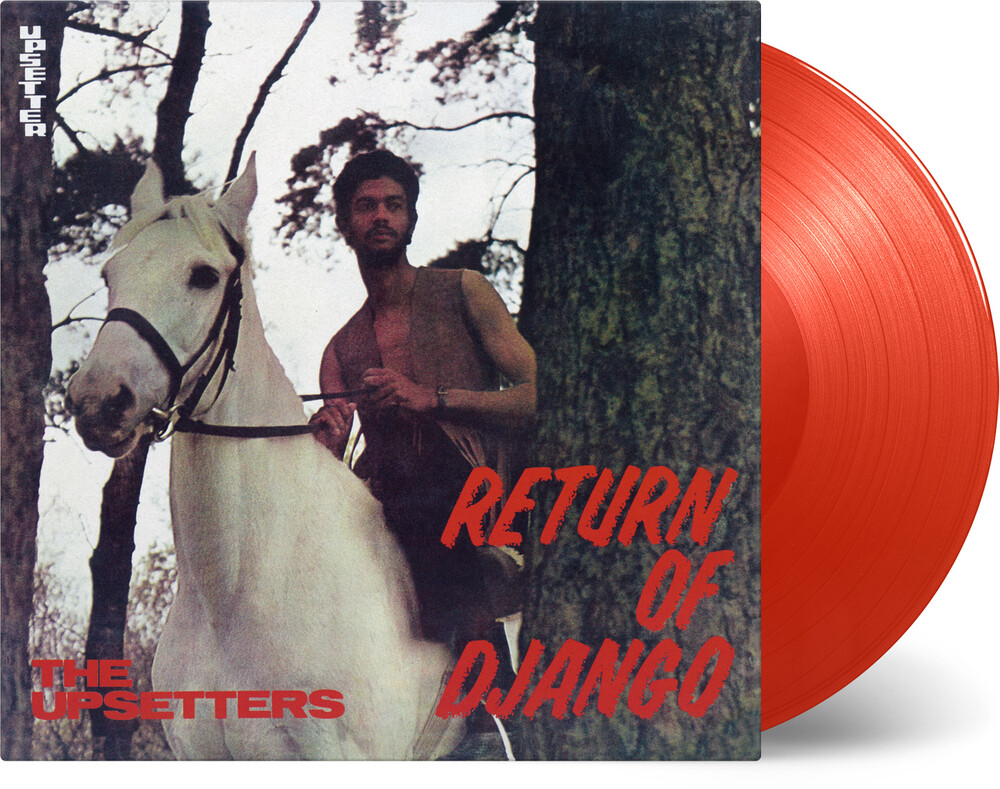 Limited 180gm orange colored vinyl LP pressing in gatefold jacket. Lee 'Scratch' Perry & The Upsetters classic Return of Django. Lee Perry had already been rattling around the Jamaican music scene for about a decade before 'Return To Django' hit the UK charts in 1969. Soon after, Trojan released a hugely popular collection of the producer's most popular instrumental releases to date, suitably titled after the best-selling single. Annotated by Lee 'Scratch' Perry biographer, David Katz, this is a must for all fans of both the producer and vintage reggae sounds. Lee 'Scratch' Perry was a pioneer in the 1970's development of dub music and worked together with artists such as Bob Marley and the Wailers, The Clash and The Beastie Boys.