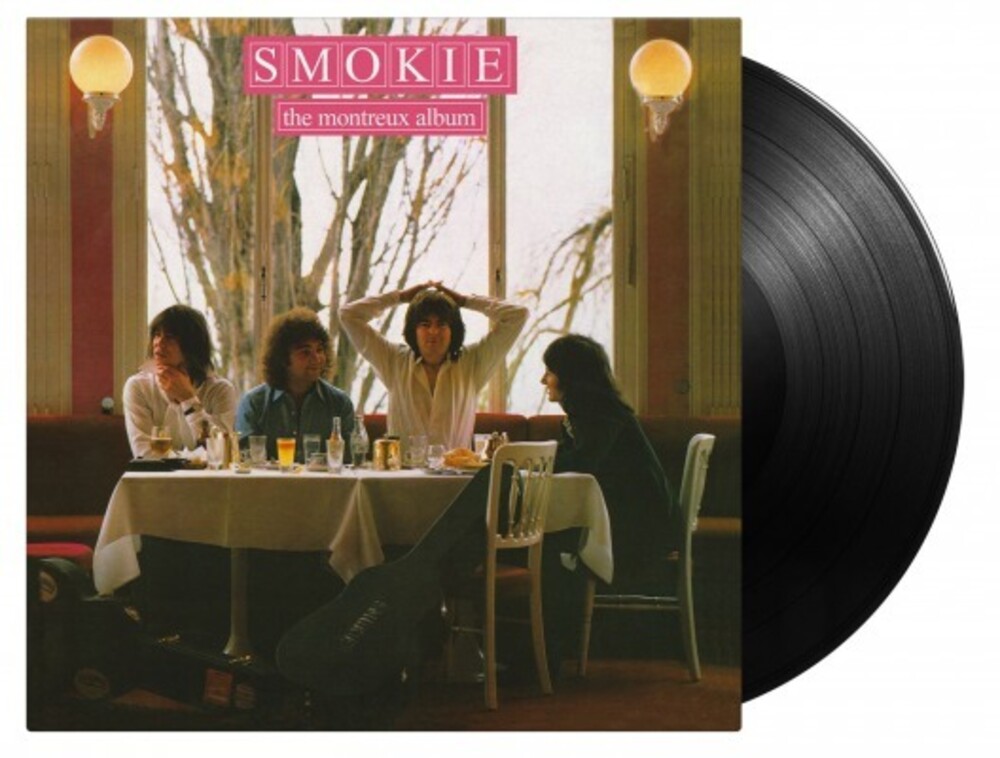 180 gram audiophile vinyl. Gatefold sleeve. Printed innersleeves. Etched d-side. Liner notes in gatefold. 1978 album featuring the singles "Mexican Girl", "Oh Carol" & "For A Few Dollars More. Featuring 4 bonus tracks including the #1 hit-single "Stumblin' In" by Chris Norman & Suzi Quatro, "Roll On Baby", "Love's A Riot" & "A Stranger With You" By Chris Norman & Suzi Quatro. Black vinyl. The Montreux Album was released in 1978 as the fifth studio album by English rock band Smokie. It was named after Mountain Studios in Montreux, Switzerland, where the album was primarily recorded. Recorded at the hight of the band's popularity, this is the last album made in partnership with Nicky Chinn and Mike Chapman. Three singles were released: "For a Few Dollars More", "Oh Carol", and "Mexican Girl", all of which charted well across Europe.