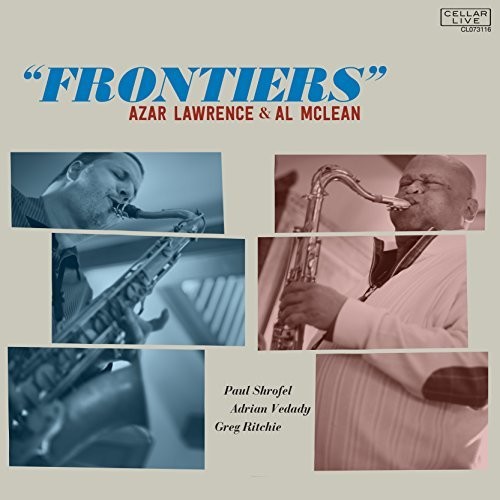 One of Canada's finest saxophonists, Montreal based Al McLean showcases an early mentor on this thrilling recording. New York based Azar Lawrence joins McLean in an all-out, take-no-prisoners session, captured 'live off the floor'. The group seethes with energy and raw passion, and a vivid performance is captured entirely in almost one take. Azar Lawrence was once tapped to fill the shoes of John Coltrane in McCoy Tyner's early '70's quintet. Fiery, spiritual, and steeped in the language of Trane, Lawrence was just 19 years old when he left the tutelage of Elvin Jones, and joined Tyner on tour. Al McLean counts Lawrence as one of his early influences, having listened intently as a young player to Tyner's 1973 "Enlightenment", and Mile's Davis' 1974 "Dark Magus", both albums featuring Lawrence. To McLean's delight, the two met in 2012 at the now defunct Lennox Lounge in Harlem, New York. This fortuitous meeting kicked off one of the most musically rich cross-border collaborations Montreal Jazz fans have seen, opening the floodgates for the pair's torrid musical offerings.