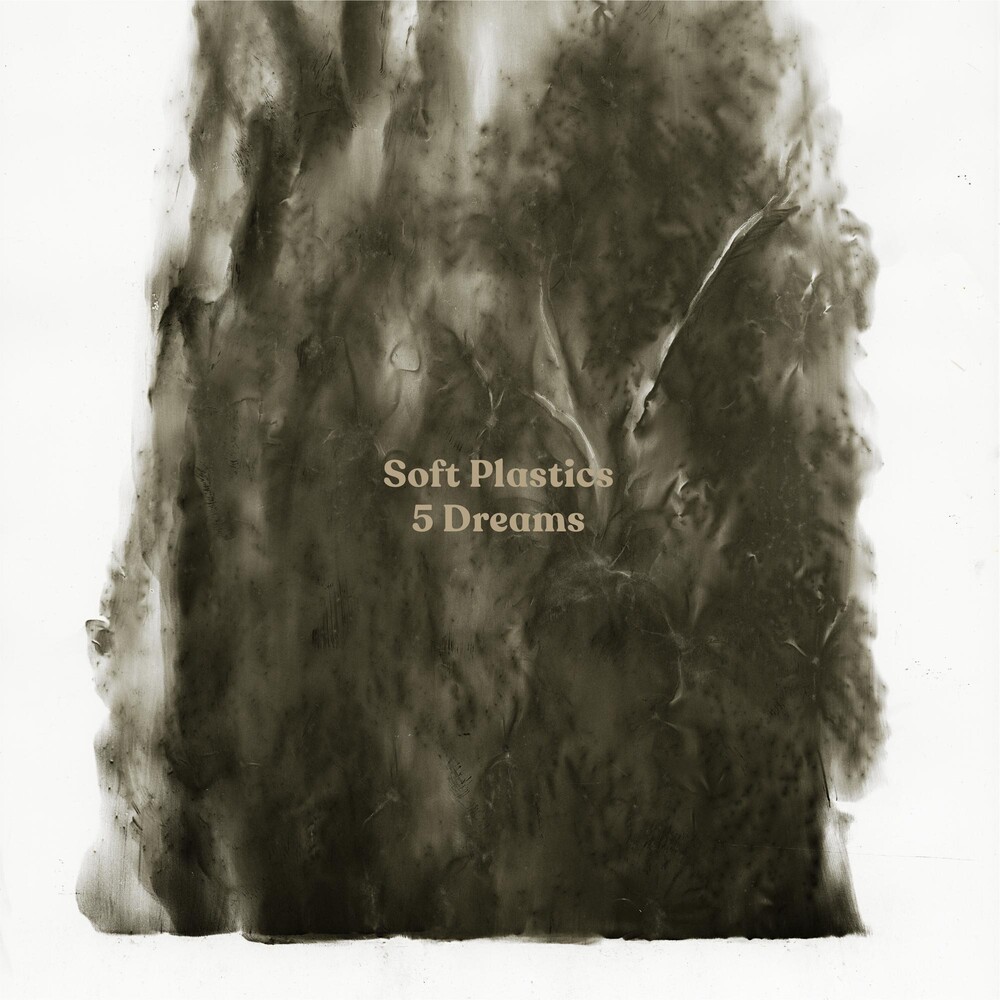 Vinyl LP pressing. 2020 debut album. Soft Plastics is the latest project and inspiration of Carey Mercer, former songwriter and leader of Frog Eyes. The songs on 5 Dreams were written by Carey Mercer in the fall and winter of 2018-2019, mere months after the dissolution of Frog Eyes, the band Mercer shared for eighteen years with Mel Campbell and a rotating cast of musicians. The influences on 5 Dreams are post-punk, new wave, mariachi, new-wave mariachi, dub, hip hop, goth-rock, taking cues and according gobs of respect to Blixa Bargeld, Ryuichi Sakamoto, Talk Talk, Happy Mondays-all rung through the grime of a northern port city. It's the interplay of the drums and the gelling effect of the synthesizer, the baritone running downhill with the bass, the trumpets and pedal steel filling up the gaps. Mercer says: "The songs aren't tied to a cohesive theme, but they do exist in a land that is deeply wet, dark, flooded-occasionally a gilded sun-beam comes out of nowhere and the song just stops and stares in bloody awe at what we are given, what we might see."