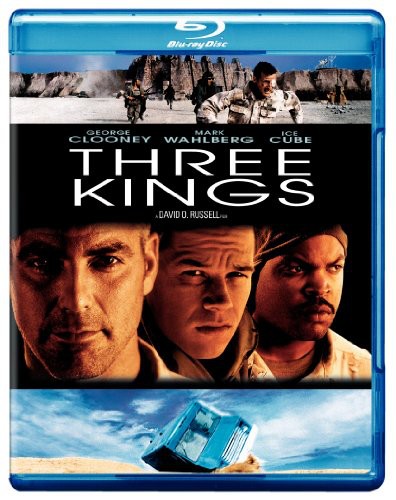 A confident hybrid of M*A*S*H, Treasure of the Sierra Madre, and Dr. Strangelove, Three Kings is one of the most seriously funny war movies ever made. Improving the premise of Kelly's Heroes with scathing intelligence, it explores the odd connection between war and consumerism in the age of Humvees and cellular phones. Writer-director David O. Russell's third film (after Spanking the Monkey and Flirting with Disaster), it's a no-holds-barred portrait of personal conscience in the volatile arena of politics, played out by one of the most gifted filmmakers to emerge in the 1990s.