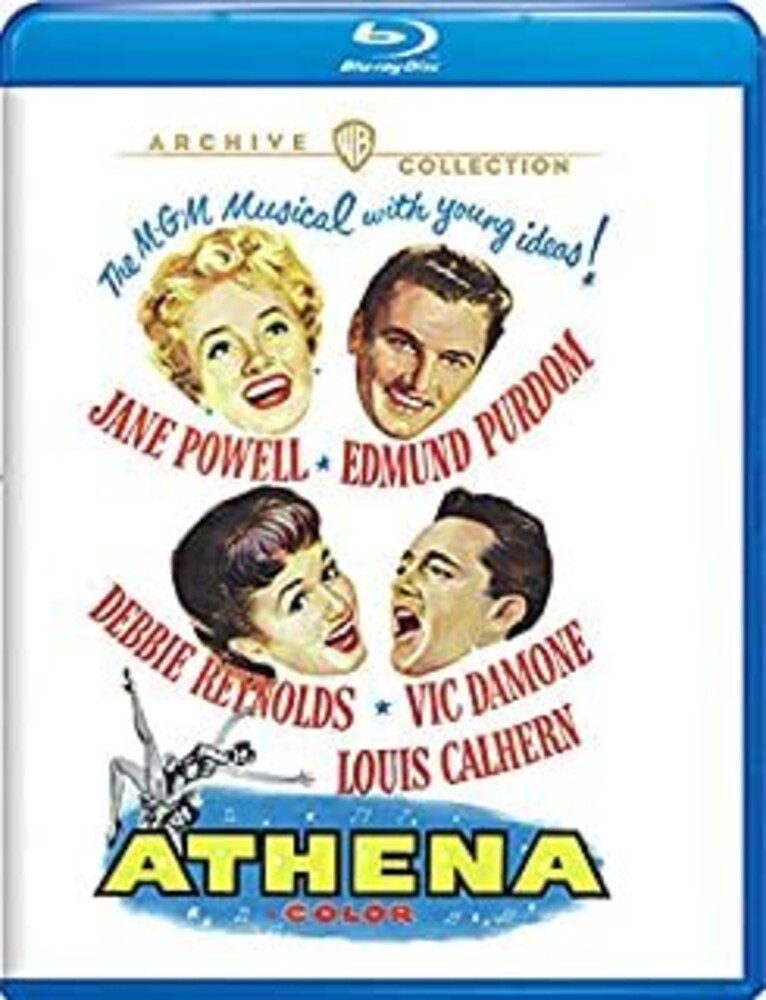 If a suitor wants to win the heart of one of the seven Mulvain sisters, he'd better be ready to dead lift 300 lbs. And dine on shredded-parsnip souffle. Combining the then-novel topic of physical fitness with Hollywood song and dance, Athena is an eat-your-veggies romantic romp highlighted by catchy Hugh Martin/Ralph Blane tunes and socko color cinematography. Jane Powell (fresh off her triumph in Seven Brides for Seven Brothers) and Debbie Reynolds play two of the sisters, and Edmund Purdom and Vic Damone play their smoking, boozing, nonvegetarian beaux. Former Mr. Universe Steve Reeves flexes his pecs in a supporting role, displaying a physique so phenomenal it soon vaulted him to screen stardom as the mighty Hercules. SPECIAL FEATURES: 3 Outtake Musical Numbers: Competition Dance, Imagine (Second Reprise) with Vic Damone and Debbie Reynolds and Love Can Change the Stars (Duet Reprise) with Jane Powell and Edmund Purdum - Theatrical Trailer