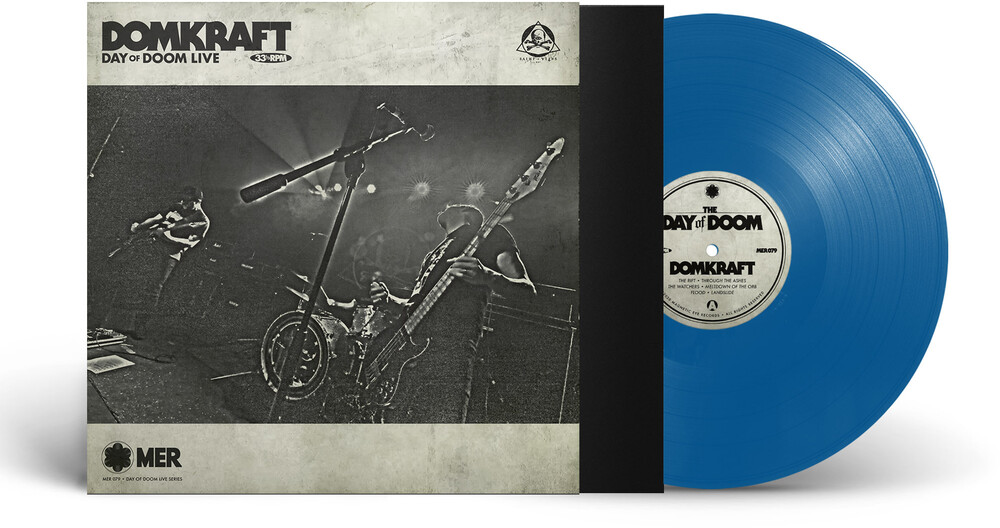 Magnetic Eye Records presents a blistering live document of flagship MER band Domkraft annihilating onstage at the Day of Doom label showcase at Brooklyn's Saint Vitus Bar. This once-in-a-lifetime gathering was held in November 2019 to celebrate the label's first decade. It featured nine roster acts performing back-to-back, with the four headline sets captured live by Chris Johnson (Deafheaven, Summoner) to commemorate the event as a set of exclusive live albums. Stockholm trio Domkraft bonded over a love of Spacemen 3, Monster Magnet, Sleep and Hawkwind. Drawing from the heaviest of their combined influences, they've crafted a sound that blends towering dirges, mindbending psychedelia and hypnotic minimalism, embodied on their monolithic 2016 debut The End of Electricity and 2018 follow-up Flood. Day of Doom Live presents Domkraft delivering what Metal Hammer called, "a sustained torrent of viscous, bubbling sludge that achieves acute psychedelia through distortion and repetition" via a tremendous live record, just ahead of new album Seeds (coming in 2021).