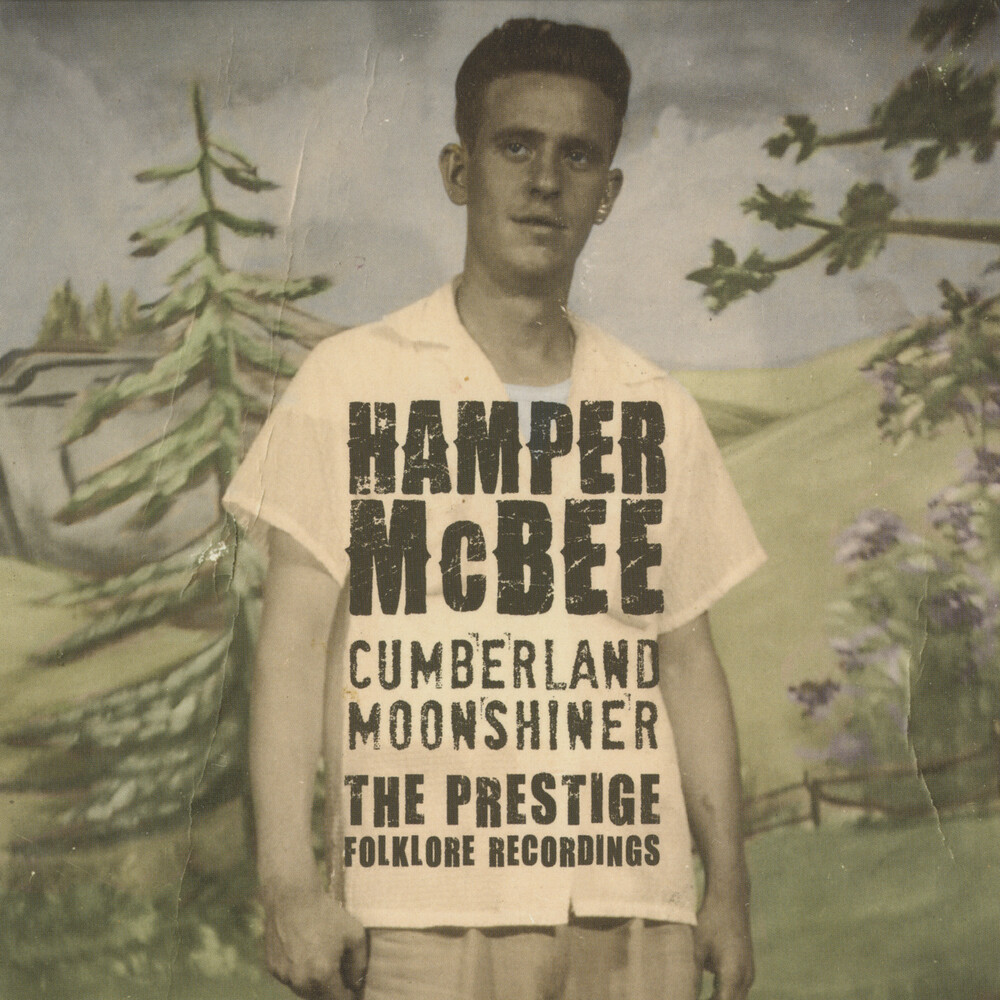 The 1978 film, Raw Mash, and it's companion LP, made Hamper McBee an underground celebrity. As a media cult figure, you might say he blazed the Appalachian bad-boy trail later trod by Jesco White and Popcorn Sutton. Foul-mouthed but engaging, Hamper loved the attention that followed him most of the remaining twenty years of his life. Cumberland Moonshiner, originally released in 1964 by the Prestige label, was comprised of recordings of McBee made by folksinger and activist, Guy Carawan in 1962. Hamper was known as a rough-hewn but excellent ballad singer and he excels on that part of his repertoire as well as giving great performances of folk and old time country standards as well as original material such as Jasper Jail. Also included are two tracks of McBee's commentary about his exploits as a moonshiner.