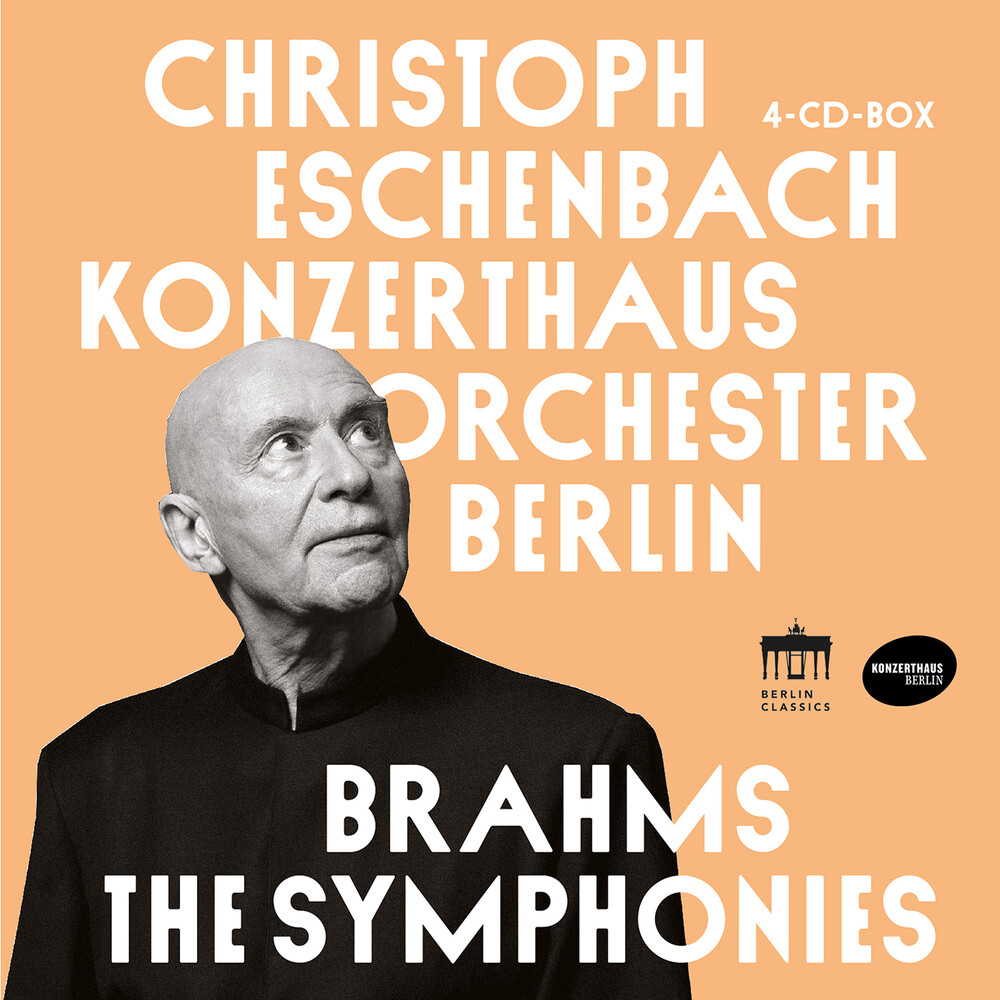 For this extensive four-album set, which includes a brilliant descriptive booklet, Christoph Eschenbach and his Konzerthausorchester Berlin with their take on Brahms' four symphonies. Christoph Eschenbach is in demand as a distinguished guest conductor with the finest orchestras and opera houses throughout the world, including those in Vienna, Berlin, Paris, London, New York, Boston, Chicago, Los Angeles, Milan, Rome, Munich, Dresden, Leipzig, Madrid, Tokyo, and Shanghai. Mr. Eschenbach is currently principal conductor of the Konzerthaus Orchestra Berlin. In June 2017 he received the title of conductor laureate of the National Symphony Orchestra after having served as music director (2010-17). He was also music director of the Orchestre de Paris (2000-10), The Philadelphia Orchestra (2003-08), NDR Symphony Orchestra (1998-2004), and Houston Symphony (1988-99). Mr. Eschenbach's many honors include the French distinctions of Légion d'Honneur, Officier dans l'Ordre National du Mérite, and Commandeur dans l'Ordre des Arts et des Lettres. He also carries the Commander's Cross of German Order of Merit and the Leonard Bernstein Award from the Pacific Music Festival. In 2015 he received the prestigious Ernst von Siemens Music Award in honor of his life's dedication to music.