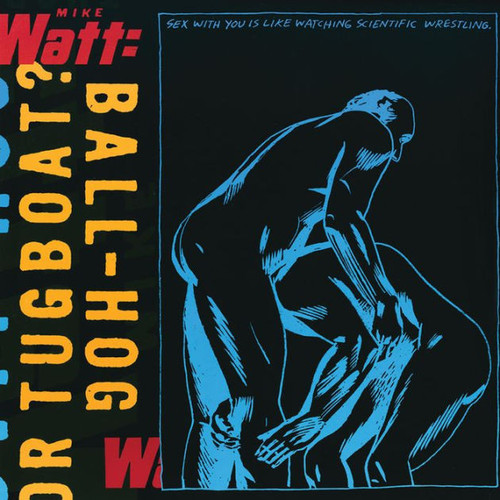 Ball-Hog or Tugboat? is the debut solo album from bass legend Mike Watt (Minutemen, fIREHOSE, Stooges, etc.). Watt recruited an all-star group of musicians to participate in the recording, including Henry Rollins, members of Sonic Youth, Frank Black, Nirvana’s Krist Novoselic and Dave Grohl (their first appearance on a record since Cobain’s death), Red Hot Chili Peppers’s Flea, Nels Cline, Mike D and Ad-Rock of the Beastie Boys, Eddie Vedder, J Mascis, and many others. This 20th anniversary pressing is the first since the original 1995 release, and is limited to 1,000 copies worldwide. The double vinyl album comes on two 180gram LPs, pressed at Pallas in Germany.