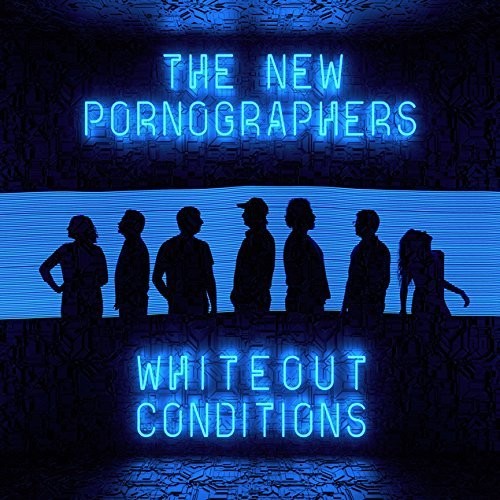 'Cohesive.' It's a word New Pornographers founder A.C. Newman still sounds a little bit surprised to say as he describing the band's seventh album, Whiteout Conditions. It's a quality that you wouldn't necessarily intuitively associate with a so-called supergroup that, by its very collective nature, seems bound to have a good deal of stylistic variance built into the formula (or lack of it). Can an outfit built on the appeal of multiple frontmen and frontwomen develop a signature sound after all? Maybe, and maybe better late than never.

'On other records,' says Newman, 'it felt like sometimes it was very clear: oh, this is a fast one with me singing, and then the next would be a slow song with Neko (Case) singing. And I've always liked that in a White Album kind of way - being a band that just does whatever the hell they want from track to track. But when we did Brill Bruisers (the band's previous album, released in 2014), it was the first time where I thought: Let's try to make a cohesive record. Let s try to give it a sound and see how focused we can make it. And on this record, I think we went a lot farther down that road.'

The focus on Whiteout Conditions (The New Pornographers' first album on their own imprint, Collected Works Records, in partnership with Concord Records) comes down to a couple of notable shifts: increased tempos, for one, and increasingly blended vocals, for another. There are fewer extended solo lead vocal turns by any of the band members and more choral effects or interplay between the men and women in the group. If you're of a certain age, you might start thinking of them as an indie-rock Mamas and the Papas, or... 'I'll take that,' Newman says, 'but the Fifth Dimension is always the one we're going for, way more than the Mamas and the Papas! I hesitate to throw out catchphrases that might be repeated back to me a thousand times, but at the beginning of this record, there was some thinking that we wanted it to be like a Krautrock Fifth Dimension. Of course, our mutated idea of what Krautrock is probably doesn't sound like Krautrock at all. But we were thinking: Let s try and rock in a different way.'