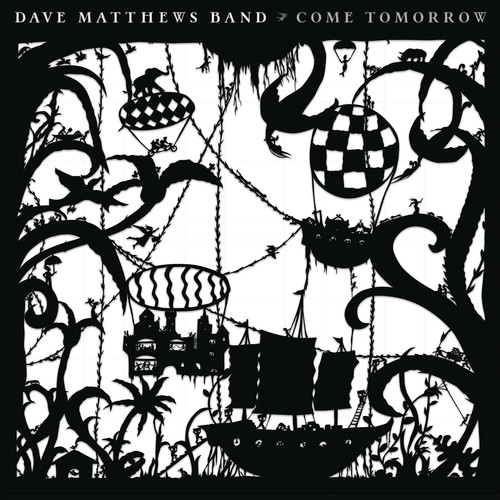 Double vinyl LP pressing in gatefold jacket. Includes digital download. Come Tomorrow is the ninth studio album by Dave Matthews Band. The album is their first since 2012's Away from the World. Working between tours at studios in Seattle, Los Angeles and Charlottesville, Dave Matthews Band chose to record with several different producers, including John Alagia, Mark Batson, Rob Cavallo and Rob Evans. The cover art for the album is by Béatrice Coron. Come Tomorrow features songs they've already been playing on tour (fans have been raving about those). Each edition comes with bonus material (everyone's going to love this, as we know how smokin' this band is live): in-concert recordings of "So Right" (July 2016, Elkhorn, WI), "Why I Am" (April 2009, Nashville), "Minarets" (June 1997, Cincinnati), "Little Thing" (September 1996, Cleveland), "Alligator Pie" (February 2018, St. Paul, MN) and more!