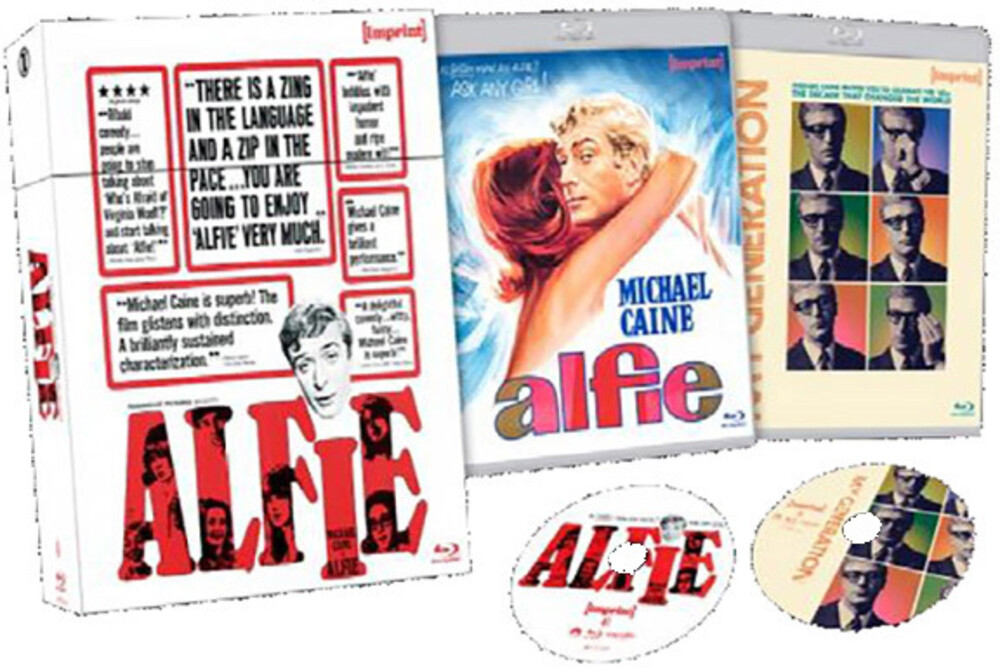 Michael Caine, in the role that made him a star, shines as the titular Cockney playboy obsessed with the fairer sex. But are Alfie's womanizing ways simply his nature or the result of a deeper sense of insecurity and loneliness? Witty and poignant seriocomedy-based on the stage play and novel by Bill Naughton-deftly captures the mood and spirit of "swinging Sixties" London. Shelley Winters, Millicent Martin, Jane Asher, and Denholm Elliott co-star. 113 min. Widescreen (Enhanced); Soundtracks: English DTS HD 5.1, LPCM stereo; audio commentary; interviews; documentaries; theatrical trailer. Two-disc set. Region Free