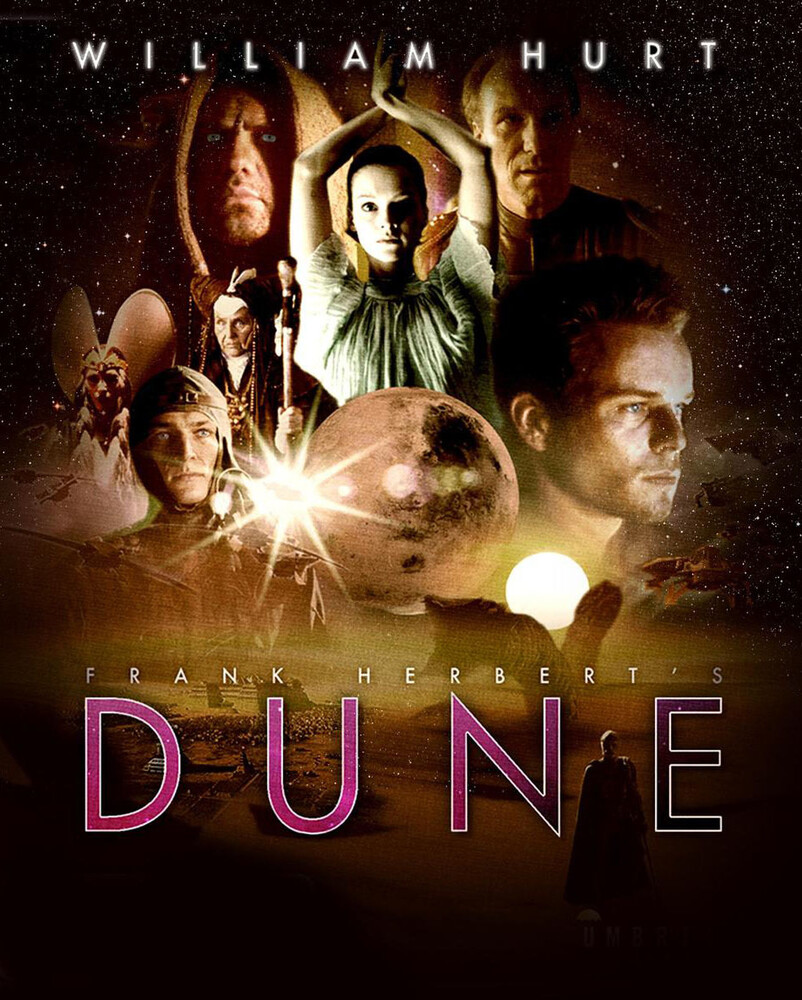 One of the best-selling science-fiction novels of all time comes to life in this epic, effects-filled mini-series. William Hurt stars as Duke Leto Atreides, whose family is sent into imperial "exile" on the harsh, waterless world known as Dune, and Alec Newman is his son Paul, who survives an attack by a scheming rival clan and fulfills an ancient prophecy that will shake the galaxy. Julie Cox, Giancarlo Giannini, Matt Keeslar, Saskia Reeves also star. Director's cut; 4 2/3 hrs. Widescreen (Enhanced); Soundtrack: English Dolby Digital 5.1. Region Free