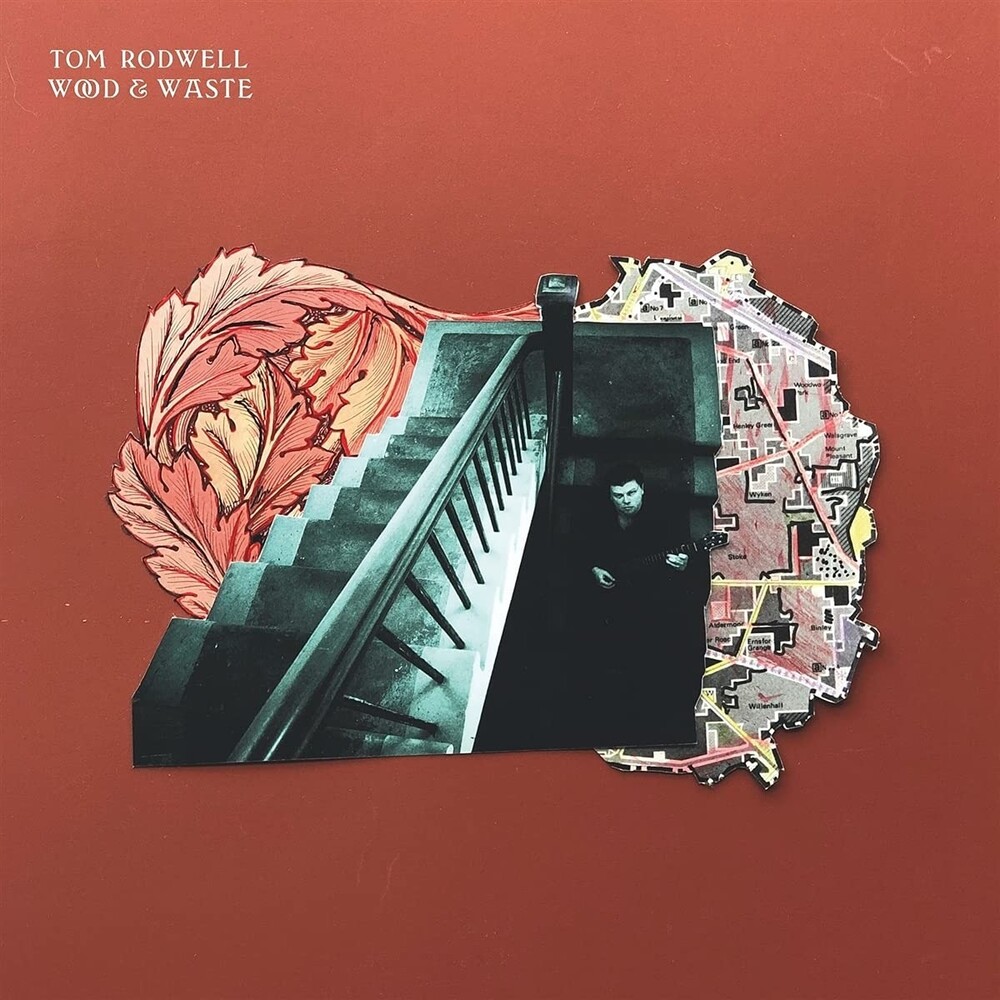 Writerly Taste & Crossover Vision Forms Decadent LP by Spirituals/Blues Guitarist Novelists famously use their day jobs for material-guitarist Tom Rodwell mines his crossover blues career with a writerly taste for the surreal on Wood & Waste, a decadent and charmingly outré collection. Wood & Waste is what used to be called a cult record - a set of warmly anarchic influences and timeworn qualities that is Tom Rodwell's trademark. His songs resemble ragged short stories, cobbled-together genres from an alternate history. "The aim is to locate each song in a very specific room of it's own, with contrasting feels like layers of paint or old wallpaper." The album's centrepiece is "She Got Me Boiling", a juggernaut of psychedelic calypso welded to mindless riffs on cannibalism that would make the Mighty Sparrow blush. Driven by a bass-heavy guitar pulse and animated carnival drums, it's a fiendishly irresistible piece of music, as is the absurdist one-chord freak-out "Touch Me Like a Teddybear", featuring NZ free improv notorieties Jeff Henderson and Chris O'Connor on drums. Improvisation is a key theme of Wood & Waste, where frequently a skeletal idea transforms into a fleshy dance rhythm. "Keep on Knockin'" subverts a determined Bo Diddley beat with dissonant Mellotron in praise of Edward Hopper and William Morris. "Plenty Time" is a species of prog rhumba set in Roman Britain, indebted to Nigerian giant King Sunny Ade. An English artist moored in New Zealand, Rodwell's revival of blues music as a vehicle for dance has been supple enough to embrace rhythms from spirituals and calypso, and seen him support acts like Otis Taylor, C.W. Stoneking and Leon Russell. ("Beautiful tunes, beautiful groove-you don't hear that anymore," said Derek Trucks). A parallel career as a session player has seen him moonlight live and on record for artists as diverse as Lonnie Holley, Robert Lamm and Don McGlashan, as well as various avant-jazz projects. LP features download card.