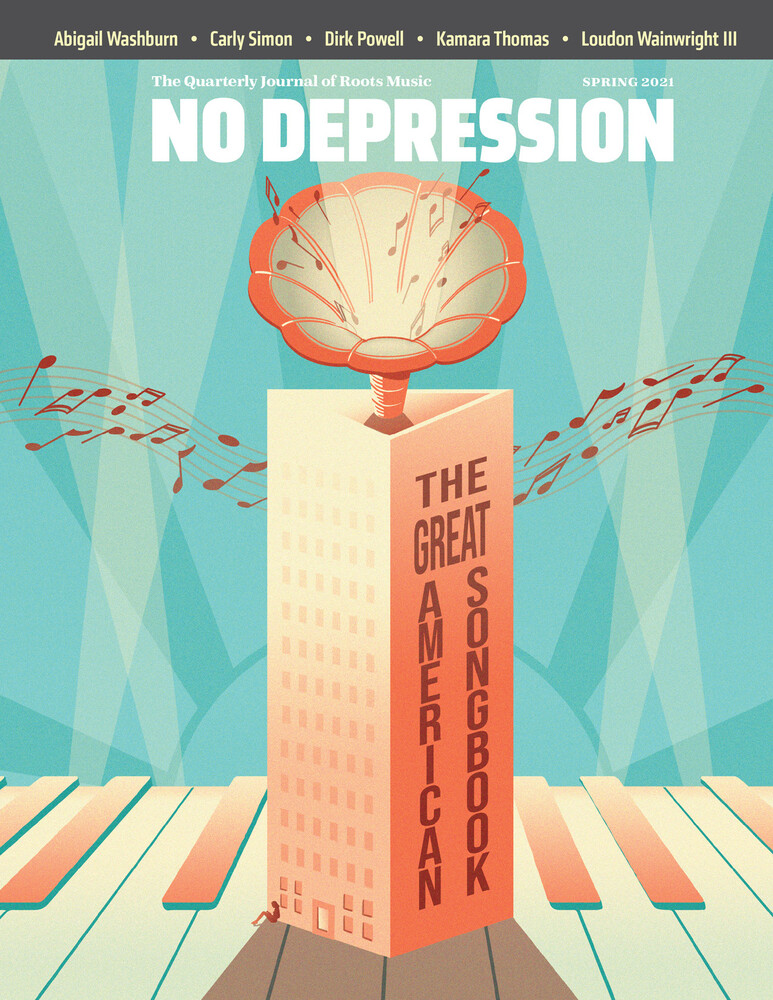 No Depression started it's life as a quarterly print magazine in 1995, fueled by it's founding editors' passion for alt-country music and long-form journalism. Over the course of it's first print run, it helped solidify the importance of Americana and roots music on the national stage. In the years since, No Depression has developed a robust web publication, publishing long features, honest criticism, and weekly columns in addition to it's wealth of community-driven content. In 2015, to celebrate the publication's 20th anniversary, the FreshGrass Foundation brought it back to print as a high-end, ad-free, quarterly journal focused once again on long-form music journalism. The Great American Songbook refers to the collection of 20th-century popular songs and jazz standards that helped define pop music in the United States. Stories will examine the legacies of some of those beloved composers, songwriters, and songs. But this issue will also challenge the existing discourse on American standards, explore how these musical traditions continue to influence contemporary roots artists, and question what in our songbook really deserves to survive.